Posted at 16:07h in General by Todd Nesloney
0 Likes
Share

Part of what I have to teach in 5th grade math in Texas, is some geometry.  My students need to be reminded of things they should have learned in 4th.  Things like edges, faces, vertices, angles, transformations, and the names of 3D shapes.

Since this concept is one that is a review skill instead of learning something new, it can easily become boring to my students.  Last year I came upon this idea on Pinterest and decided to use it again this year because it was such a hit!

To review Geometric Shapes, I found these Angry Bird geometric grids that the students could color and cut out and put together to make some pretty cool 3D shapes.  So the students colored and cut them and put them together and then we talked about the attributes of those shapes.

Then after building all the figures we had I allowed the kids to work in groups to build their own Angry Birds levels out of these little plastic blocks I have.  After building the levels with their groups they set their piggies on the level, and then proceeded to throw their homemade birds at the their levels to “destroy the pigs”.  Oh man the kids had such a blast!  What I loved the most though was that I had several students ask if they could gain ideas by pulling up the game on their own phones!  I said sure and the kids took it and ran with it!  I was so proud of their creativity and thinking! And it was just a really fun way to learn! 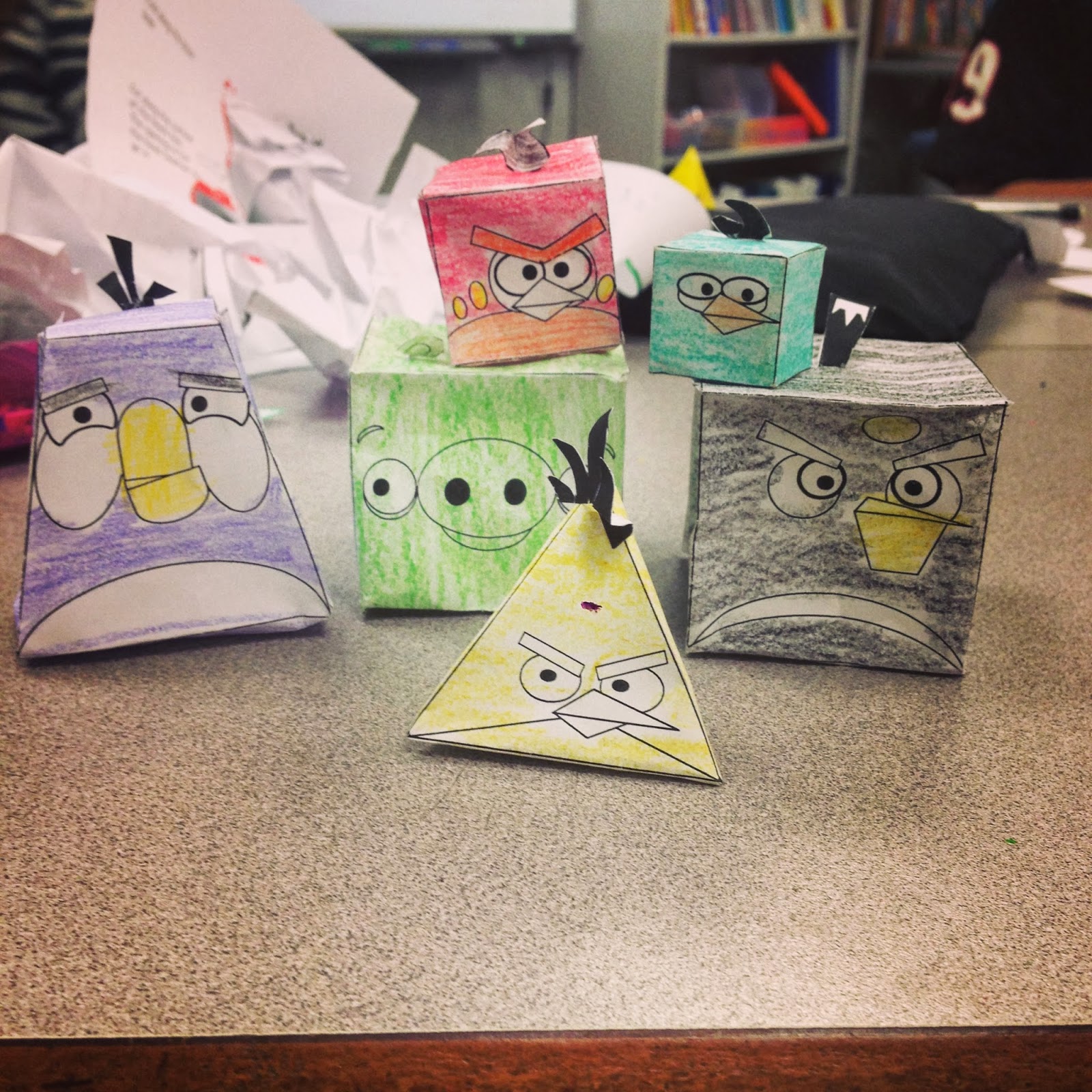 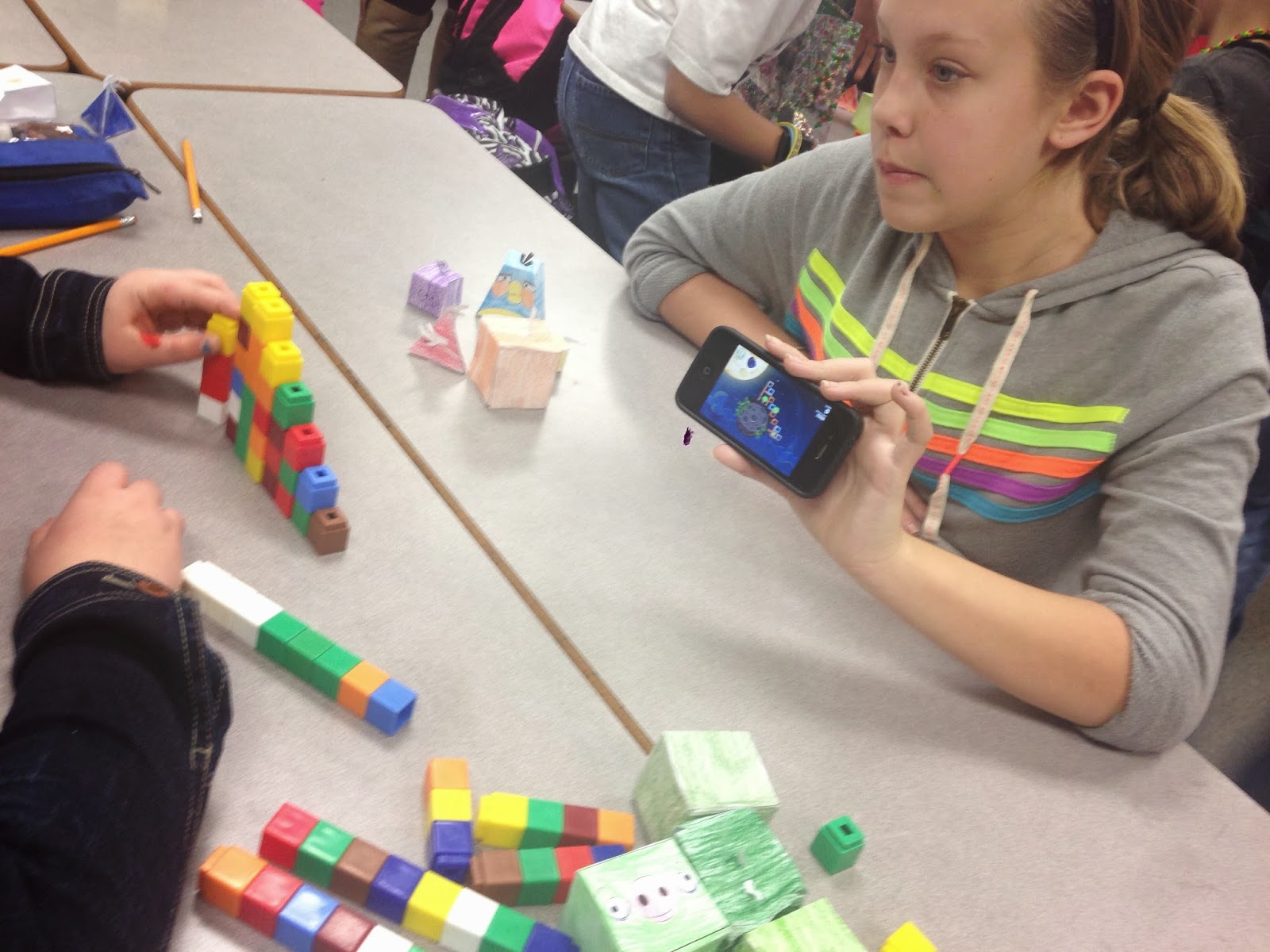 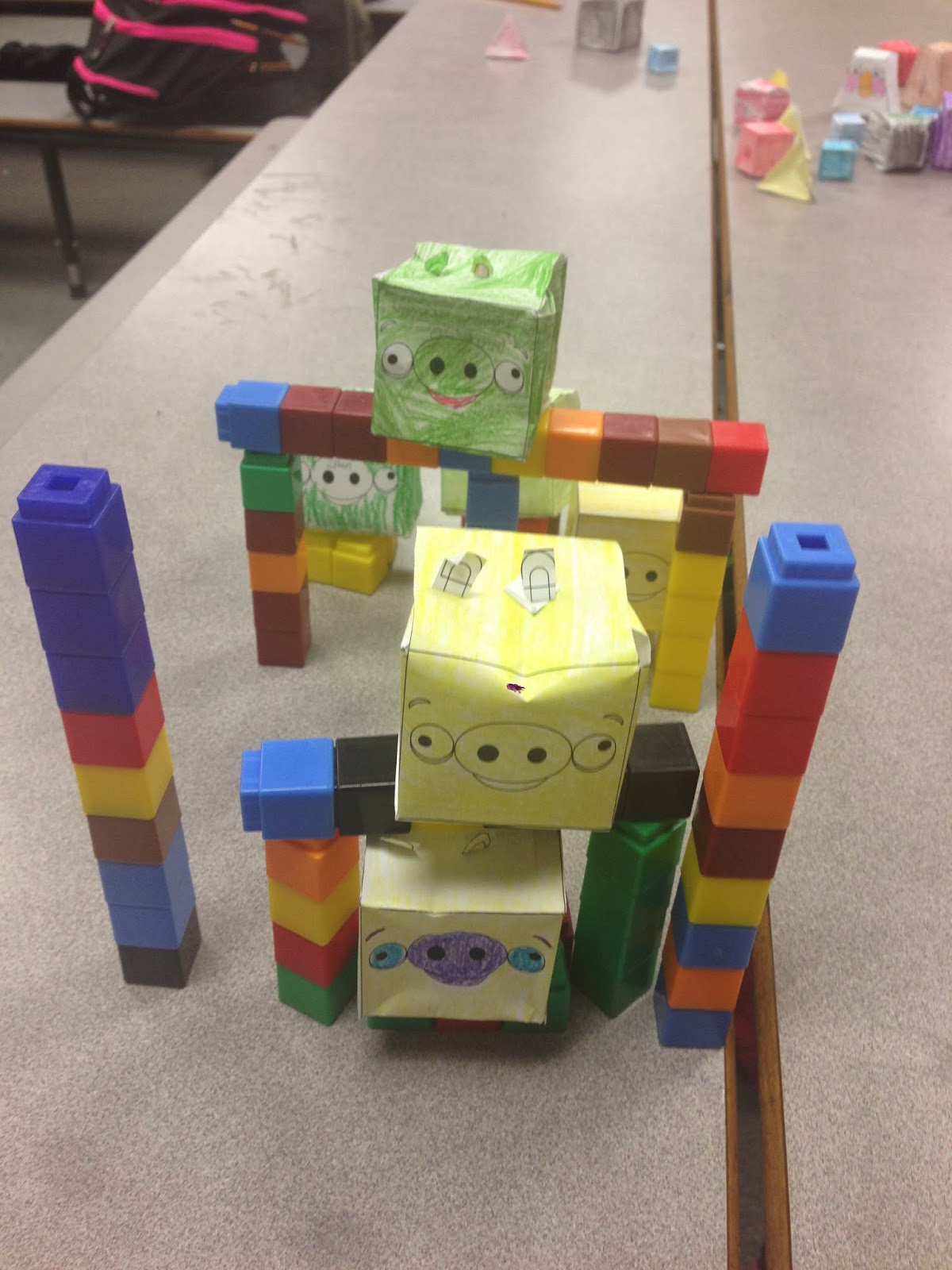 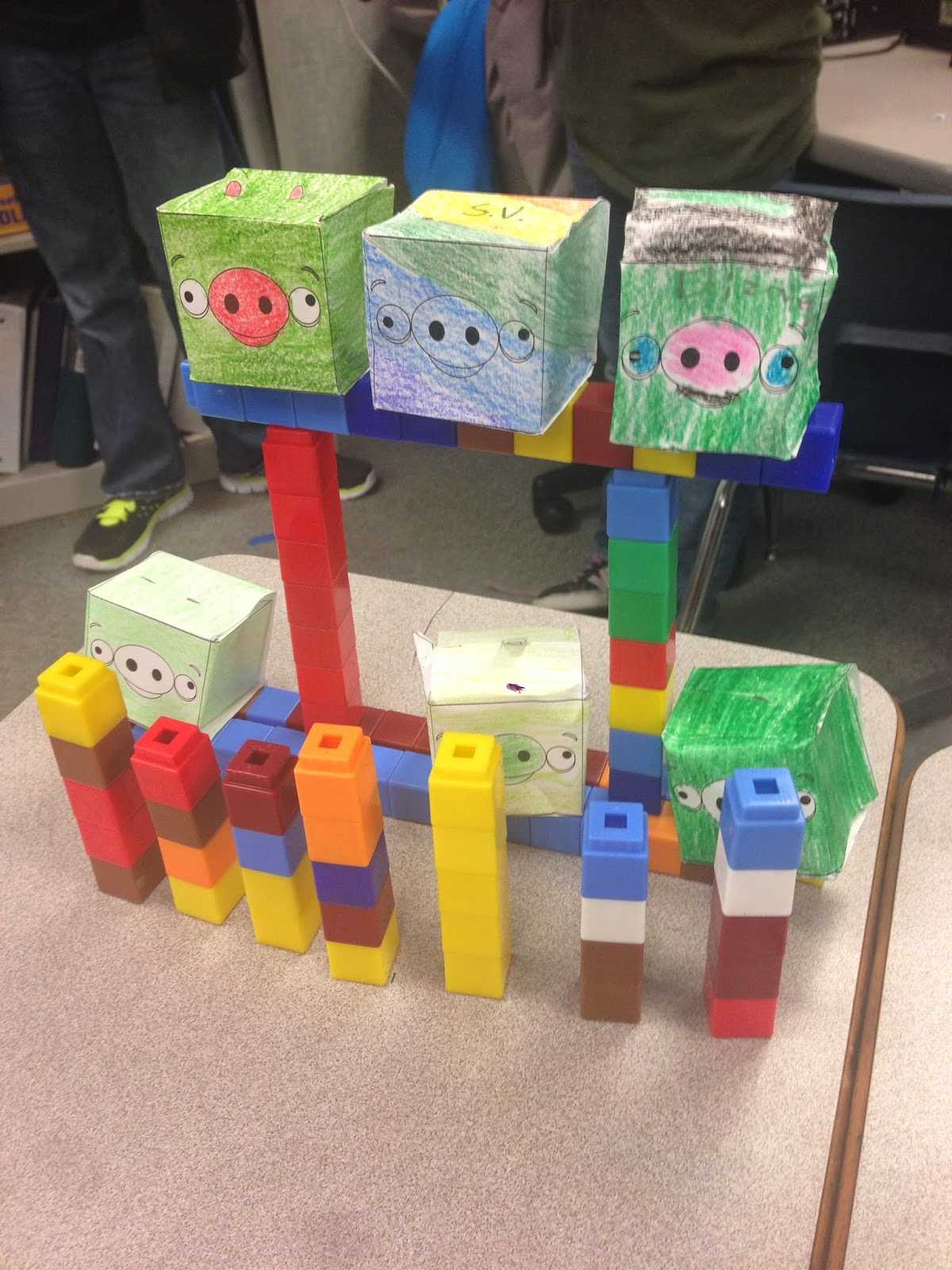 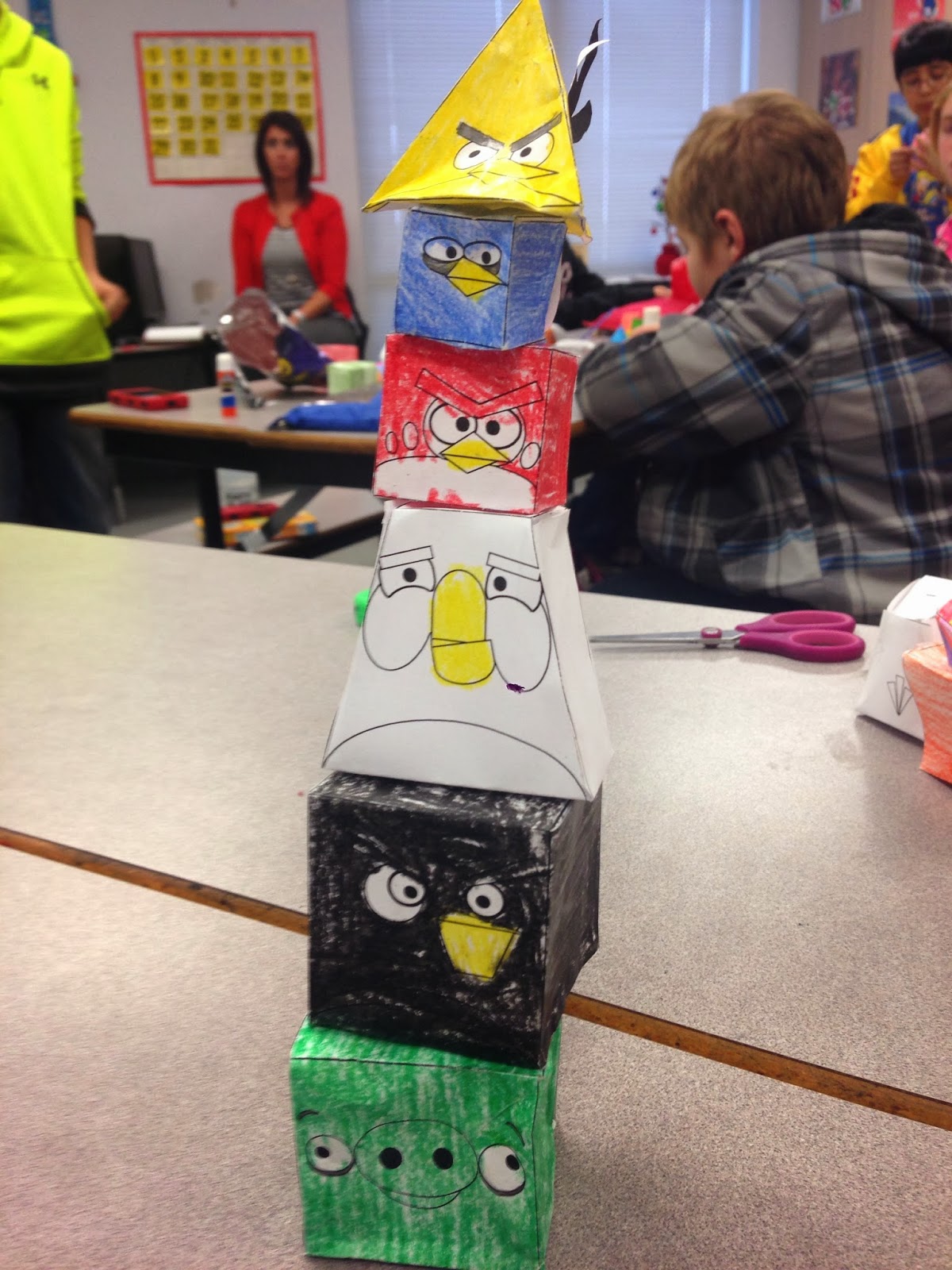 We also had to review the different types of angles.  So I let the kids go outside and use devices to take pictures of the types of angles they noticed around our school.  Then the kids came back in, used the app “Skitch” to write on their photos and label the angles they noticed.  I then allowed the students to show their angles up on our board via our Apple TV.  It was really cool to see the areas where my kids had noticed angles that I would have never even thought to look!