Posted at 21:08h in General by Todd Nesloney
0 Likes
Share 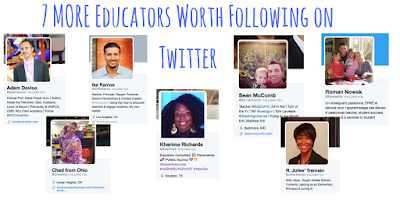 About a week or so ago I wrote a blog post called “10 Educators Worth Following”.  It took off like wild fire. My goal in writing that post was just to introduce readers of my blog to 10 people they probably weren’t following, that are sharing great info online and doing exceptional things in education.  It did so well that I wanted to introduce you to 7 more people you probably aren’t following, but in my opinion should be! 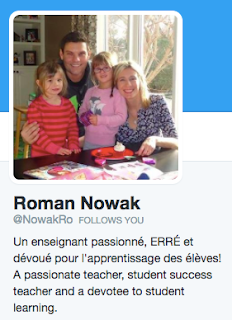 Roman Nowak
Roman Nowak is an educator in Canada.  I had the pleasure of meeting Roman face to face a few weeks ago.  This guy is the real deal.  He’s creative, out of the box, extremely passionate, and really pushing to instigate great change.  He is someone that has pushed my thinking, helped me grow, and continually is an encourager.  I can’t recommend this follow enough! (**yes some of Roman’s tweets are in French, but he still shares some great stuff!) 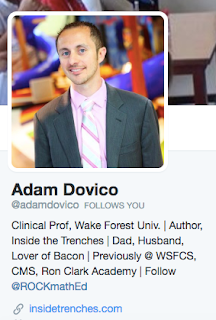 Adam Dovico
Where do I even begin with Adam Dovico.  Adam is someone I have looked up to for years.  He used to teach at the Ron Clark Academy, he wrote the must-read INCREDIBLE book “Inside the Trenches“, and he even co-founded @ROCKmathEd.  He is a phenomenal individual who I have learned a great deal from.  He’s also got one of the biggest hearts for kids. I love learning from Adam. 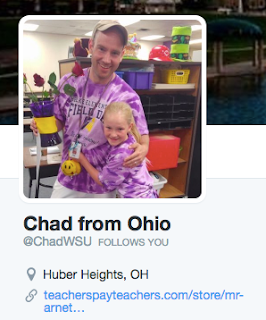 Chad Arnett
Chad Arnett is an educator in Ohio.  I absolutely love learning from the things Chad shares as well as the activities he’s constantly attempting.  Chad has been dipping is toe more and more into Twitter and would be a great “up-and-comer” to connect with!  He’s also quite the Walt Disney fanatic! 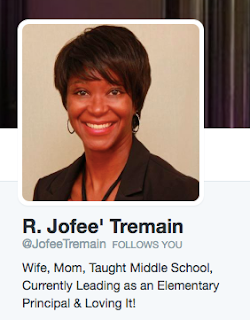 Jofee Tremain
Jofee is an elementary Principal and quite the amazing one at that.  I have had the pleasure of meeting her face to face and I can tell you she was super sweet, encouraging, and full of passion and ideas.  Jofee is someone that is always bragging about the teachers and kids that she works with.  I love that! 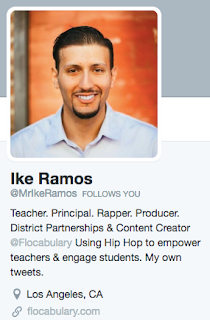 Ike Ramos
Ike Ramos was recently a guest on our Kids Deserve It show.  I was blown away by the talents and passion of this man.  He was a great guy to talk to and hear about his philosophies of learning and education.  He’s also quite the rapper and does a lot of work with Flocabulary!  I love seeing what Ike is up to and sharing about. 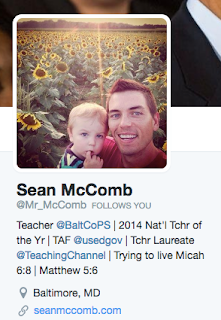 Sean McComb
Sean McComb is a force to be reckonwed with. He is a champion for teachers and students alike.  Oh, did I mention he was also the NATIONAL teacher of the year in 2014?  Sean is passionate beyond belief and someone I greatly look up to.  Sean pushes my thinking and makes me want to be better every single day. 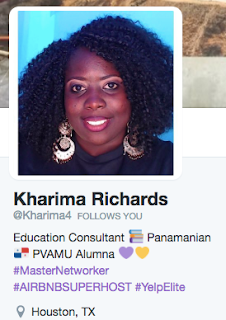 Kharima Richards
Kharmia Richards is an educator in Texas!  She is a powerhouse.  She is funny, smart, and passionate about kids and education. Kharima shares so many great resources and ideas and is always trying to push thinking in all educators.  I love what Kharima shares!
So there you go, 7 extra people I think are worth a follow!
Comments