Posted at 20:15h in General by Todd Nesloney
0 Likes
Share

I love teaching and have had fun making these great projects and doing these amazing things with kids.  But in all the hustle and bustle in the name of “learning” sometimes I forget that there is so much learning that happens when we allow kids to play.

Today I tried something new with my students.  We had a day of learning, but it was structured very different than my typical class time.  Today there were 10 different stations set up around the classroom and the kids could choose any station they wanted to work at.  After 20 minutes the kids were given the option to switch stations if they wanted, and if no one wanted to switch to their station then they didn’t have to!  And if there were kids that had been at a station for too long and someone else wanted to come there, we switched it out.  We made it work.  No tears were shed, no one got upset, and most of all it was just flat out fun.  And best of all tons of learning happened and I saw the kids get to do things we haven’t normally done in class.

Station 1:
We borrowed 5 chromebooks and set them up for the site http://learn.code.org/s/6/level/148.  This is sponsored by Code.org and it allows the students to code their own Flappy Bird game.  Let’s just say that this station was a hit from the mention of “Flappy Bird”.

Station 2:
A good friend of Janet Corder, donated a puzzle to my class.  It’s a HUGE jigsaw puzzle.  But even cooler than that, after the puzzle is put together it’s actually an Augmented Reality experience!  You can find it HERE (and you can search for more of them!).  The kids have never really worked with jigsaw puzzles in my class and three girls spent almost the entire hour at this station determined to get as much done as possible.  This station will remain in our classroom until we get the whole thing put together! 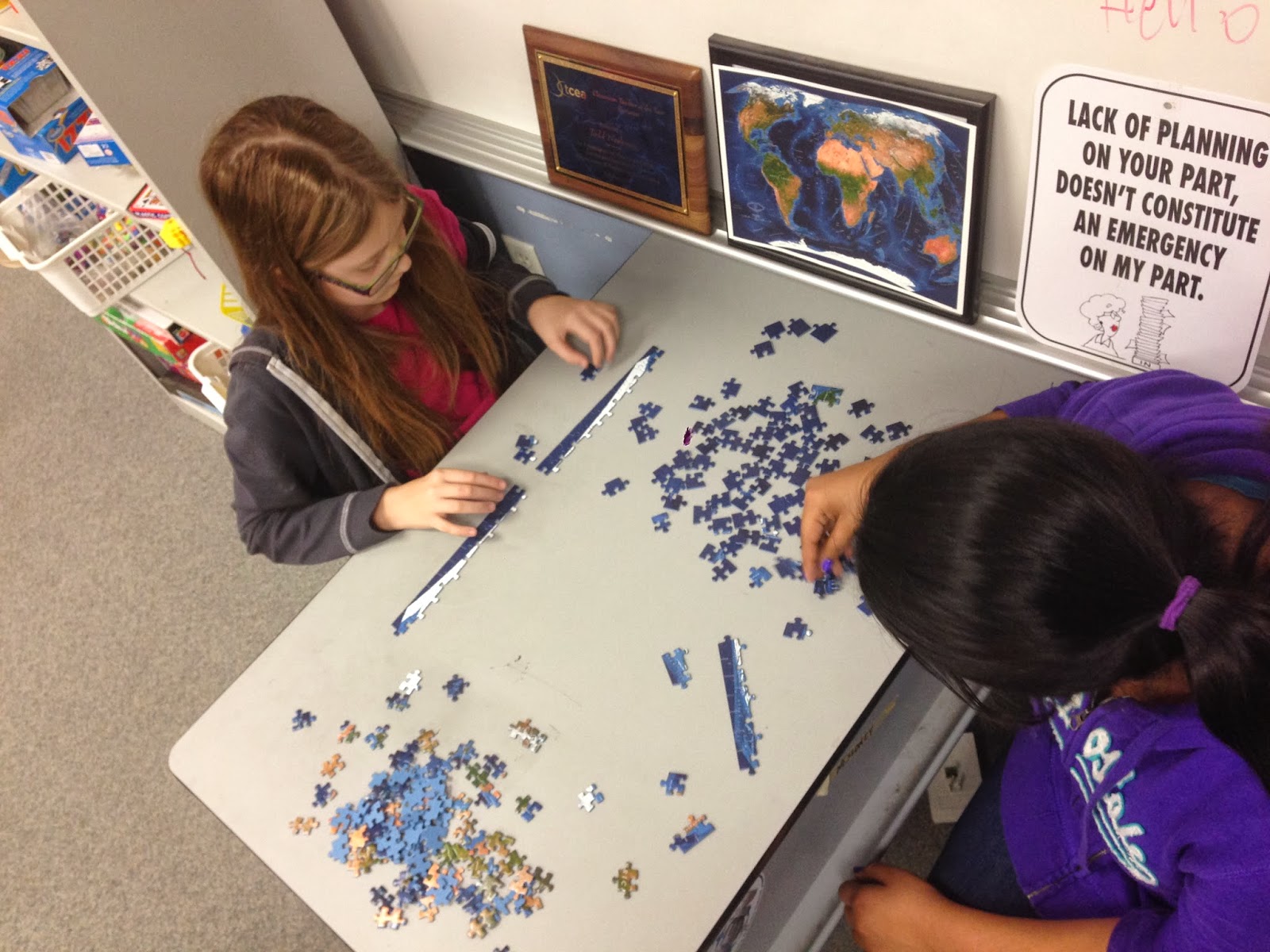 Station 3:
A few years ago at TCEA I came across the Ultimate Puzzle and right away fell in love.  This is a great station that we’ve used throughout the school year that the kids never tire of and is actually pretty challenging!  I always promise the kids that if they can solve it I’ll get them a meal from McDonald’s.  Every year I only have about 3-5 who actually solve it! 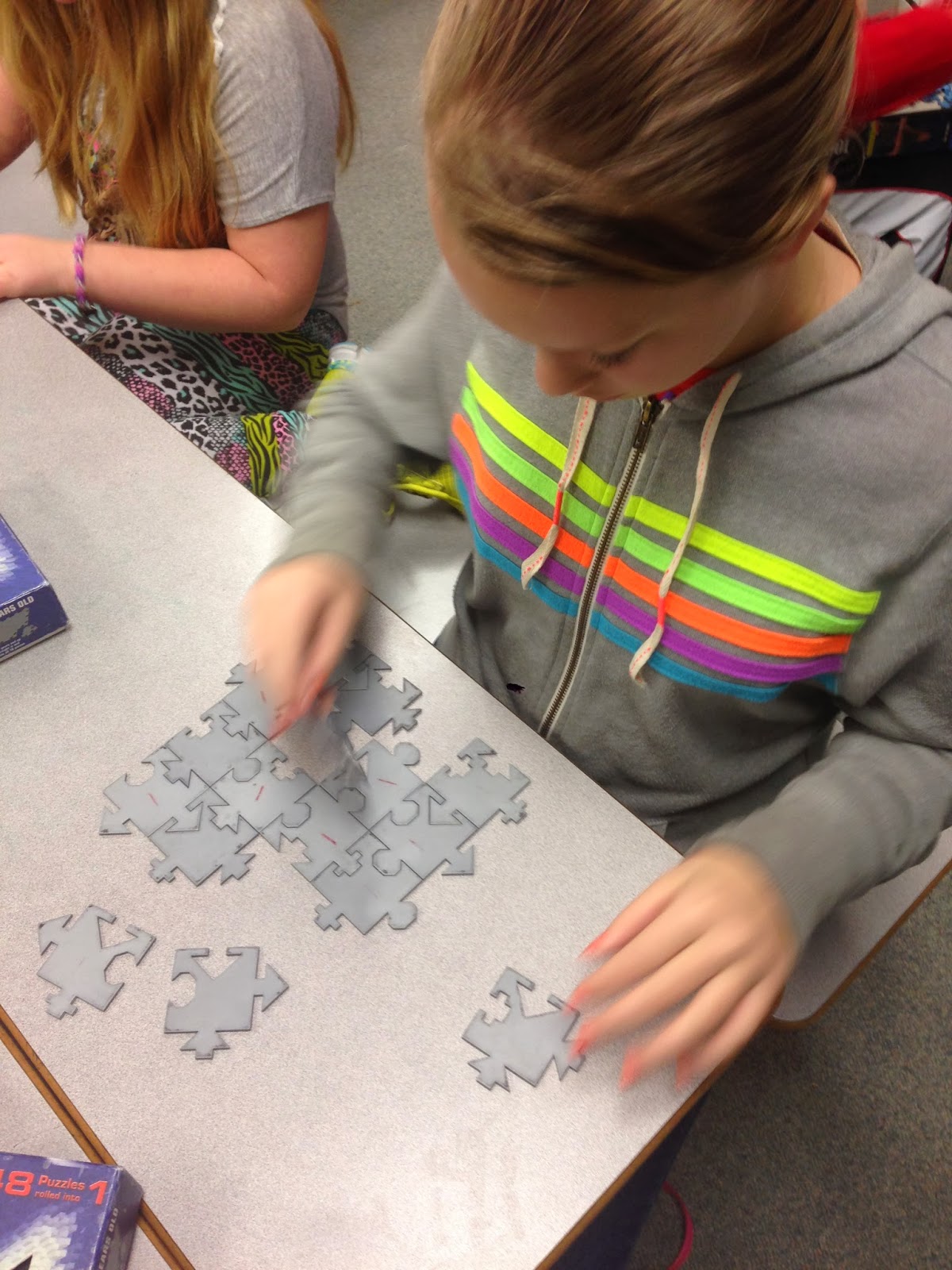 Station 4:
When I was a kid I played with K’Nex and thankfully my mom saved all of them!  So I brought them up to school and just let the kids build and experiment. No directions and no building plans!  The kids LOVED this station and they really built some awesome things! 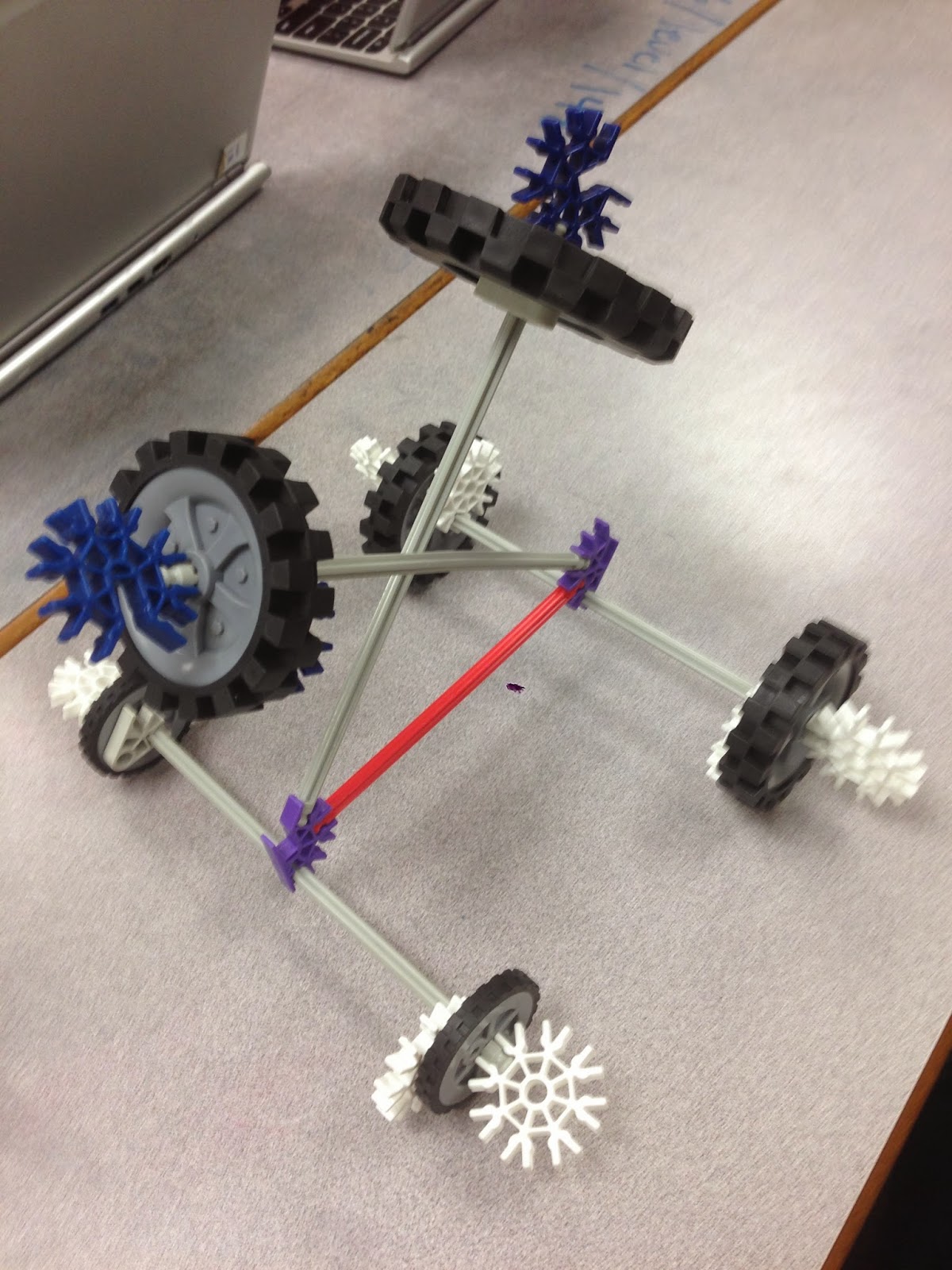 Station 5:
Rush Hour is a game I was actually given as a gift.  We have two of them.  It’s all about moving the pieces to figure out how to get the red car out of the lot.  It’s a great game that really has the kids thinking about the movements that lead to other movements and their consequences. 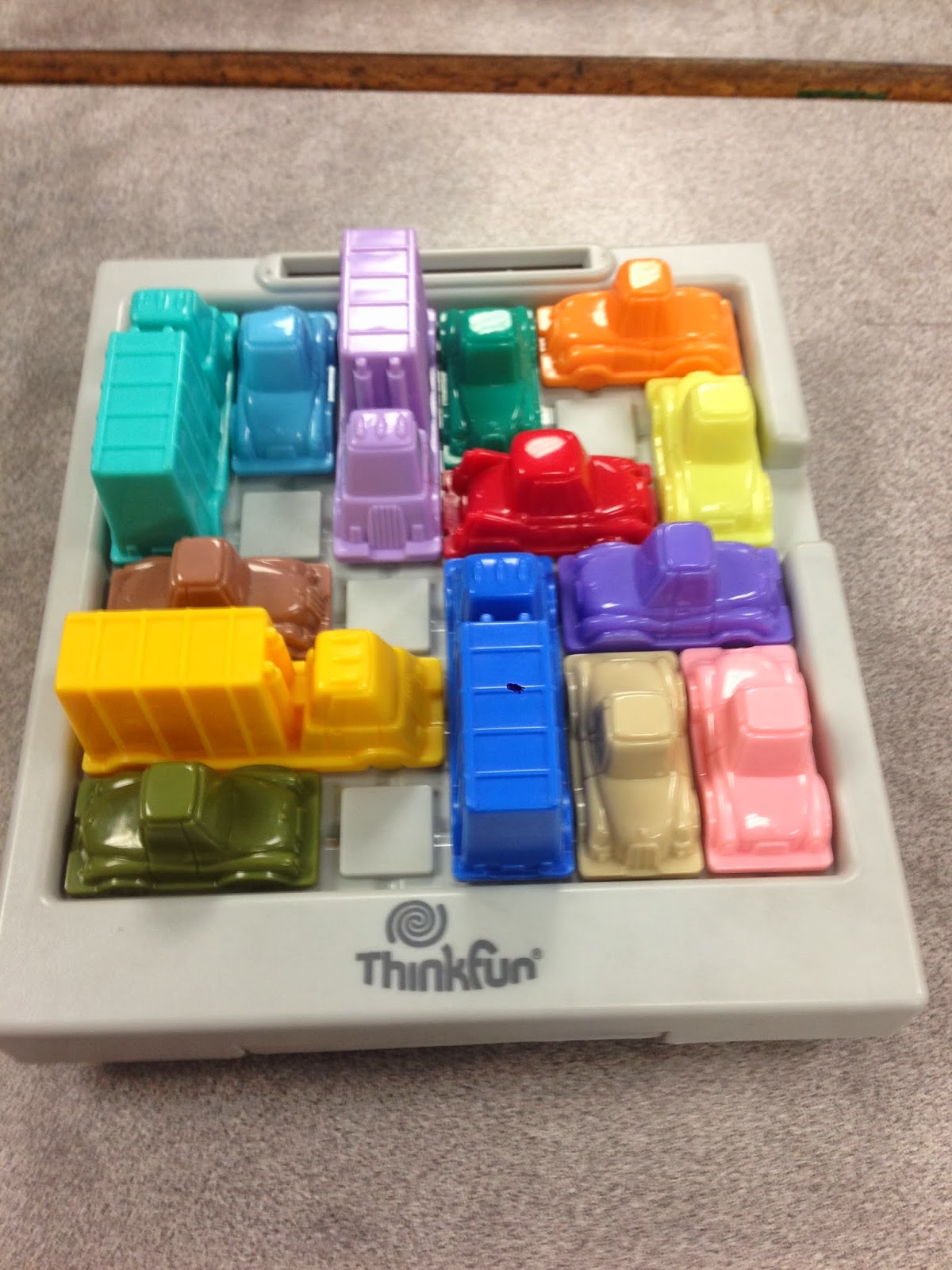 Station 6:
Our after school program bought some basic Lego Robotics Kits and so I borrowed two of them and set those up at stations.  Kids follow a plan, build the robot, and then plug the robot into the computer and create the code that tells the robot what to do! 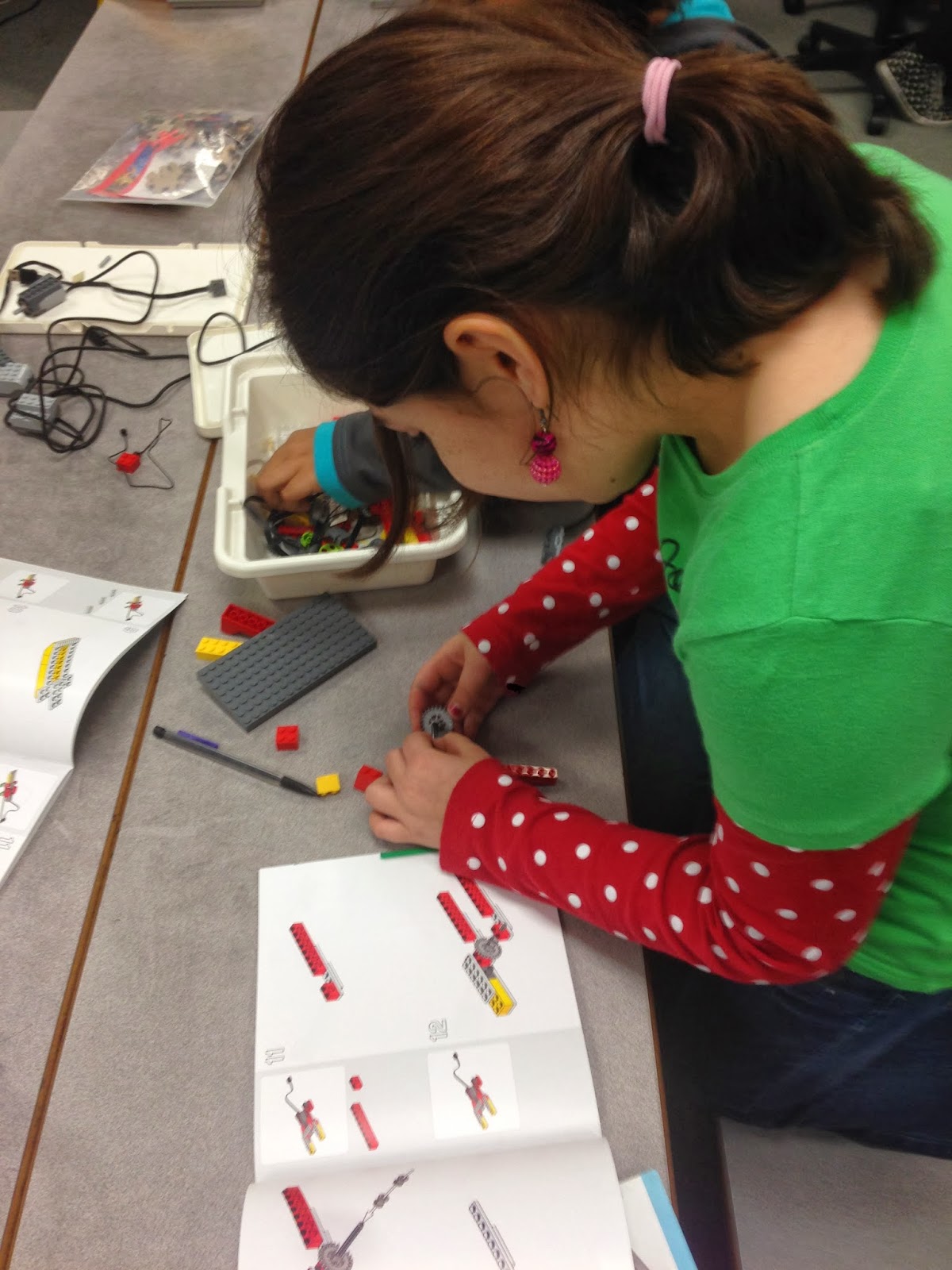 Station 7:
This station was all about tablets.  In my class we take and work with whatever we can get.  We had a Microsoft Surface, Google Nexus 7, and two iPad Minis, and an iPad.  On the iPads we put the free coding app Cargo Bot which came highly recommended from Brad Waid and Drew Minock.  On the Microsoft Surface we had a few coding games and on the Nexus 7 we had Cargo Truck and Light Bot.

Station 8:
On the couple of desktop computers we had around the room kids were able to work on Build with Chrome which allows the students to build with Lego blocks!  They always love that!
Station 9:
Another game I found recently was Brick By Brick.  This game gives the kids just a few pieces and they have to build the image they see on a card.  It is a lot more difficult than it sounds!
Station 10:
At the final station kids could build an iSpy puzzle I got when I purchased and iSpy book.  The puzzle has about 50 pieces and once they put it together it becomes an iSpy game!
Sometimes we just gotta have one of those days where can sit and play and laugh!  Today was one of those days and I am so glad we did it.  The kids have asked if they work really hard every week can we start doing these days on Fridays.  My answer?  Why not!
Comments