Posted at 18:20h in General by Todd Nesloney
0 Likes
Share

As I sit next to my wife, on a plane 30,000 feet in the air, I’m still trying to full comprehend what happened this weekend.

Best place to start I guess is from Friday afternoon.

I went to work on Friday, as I do every day.  My plan was to leave work about an hour and a half early to catch my flight to DC.  I hadn’t told anyone about my trip, except for my AP and Instructional Coach.  I hadn’t even told any of my staff about the Bammys at all.  So as I walked down the halls and worked in classrooms on Friday I kept finding it weird that kids kept telling me to have fun in DC.  I figured maybe a teacher had seen me post something on Facebook or Twitter.

What I wasn’t prepared for at all, was what happened next.  As I packed up to leave, my AP (Terry Garrett) followed me outside “to grab something out of her car”.  As I turned the corner out of the front doors, I was bombarded with a scene unlike anything I have ever experienced.

The entire school was lined up outside to cheer me on.  They had made banners, signs, and even a giant medal for me to wear around my neck.  As I walked through the corridor of kids they gave me high fives and at the end of the line, they had made a special red carpet leading to my car.  Then they made me stop and in unison they all sang Mariah Carey’s “Hero”.  I don’t know how I did it, but I can say it took every single ounce of self-control to not drop to the ground in a ball of sobs. 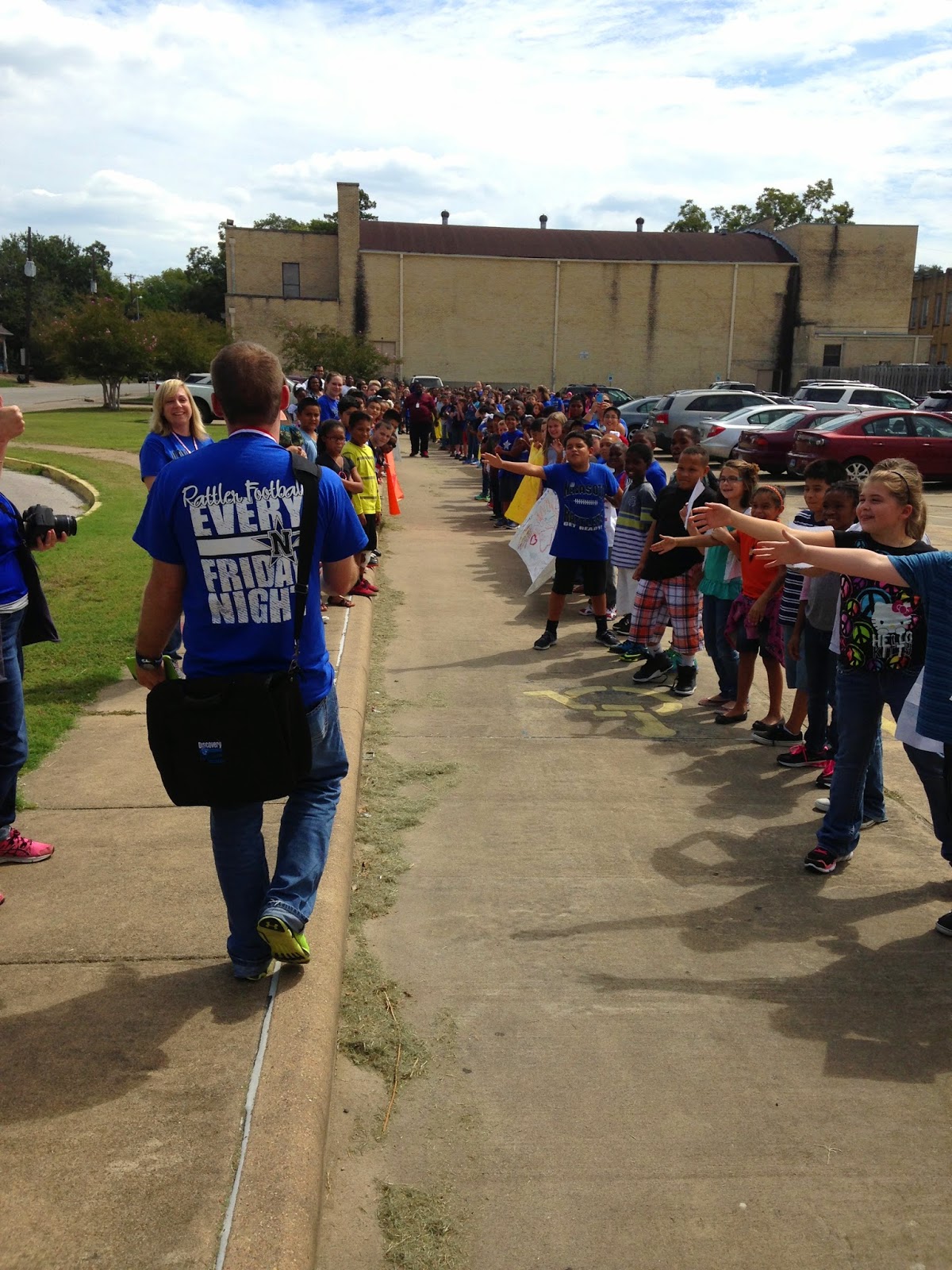 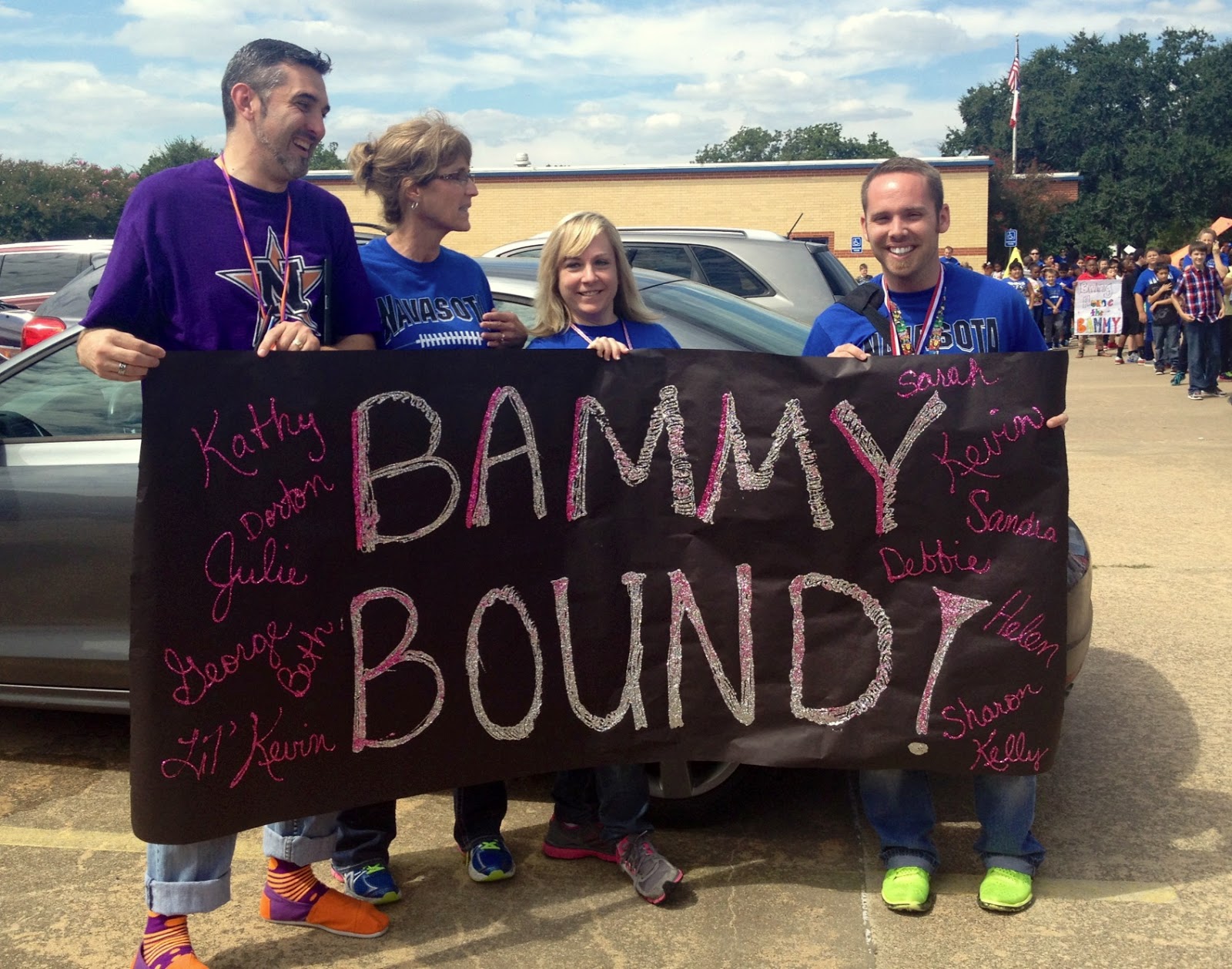 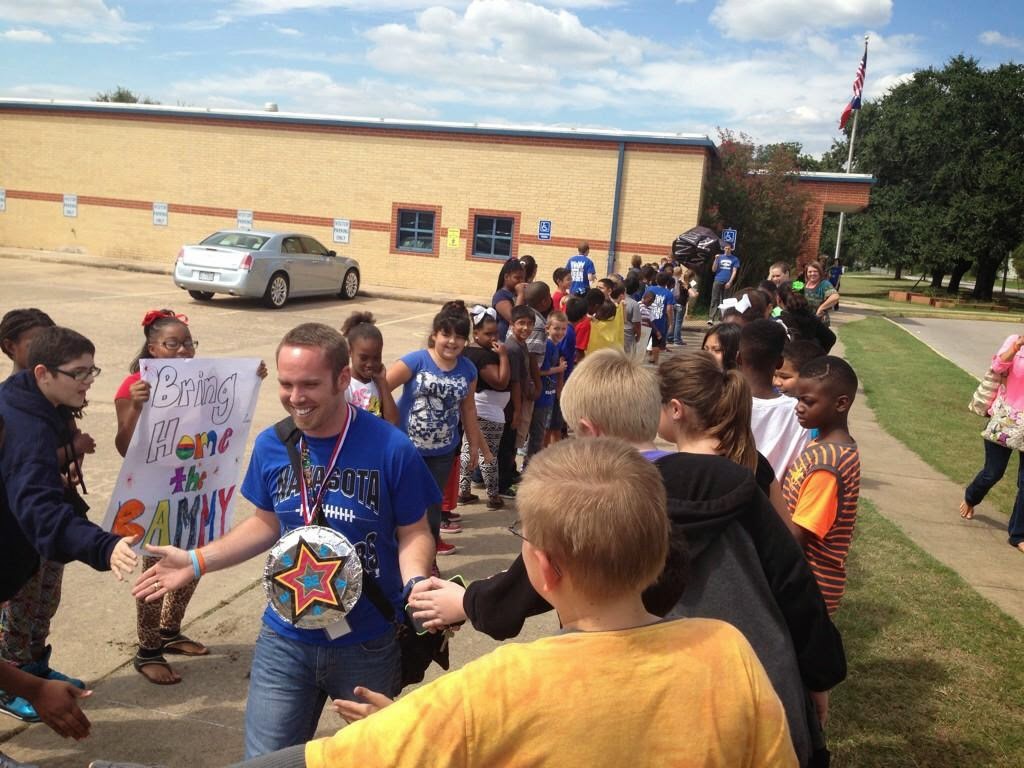 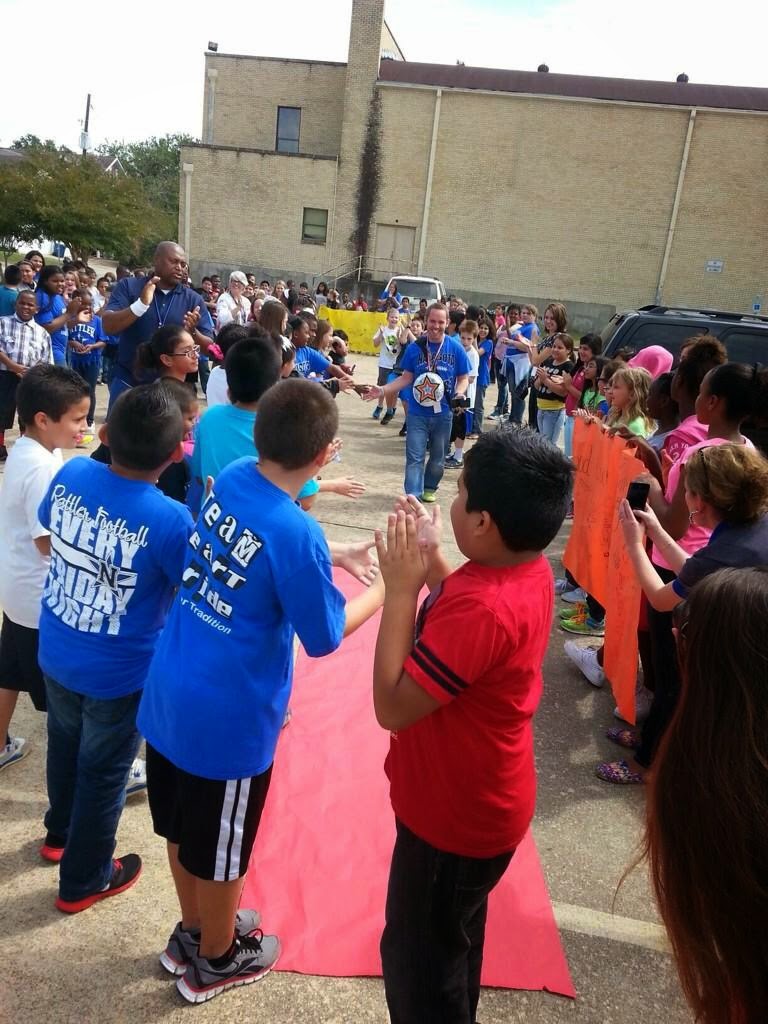 Never before have I felt celebrated or appreciated as that moment.  Those were my people.  Those were my kids.  It meant more to me than any award or recognition EVER could.  They will never fully grasp the power that moment had on me as a person.

I got in my car and headed to the airport.

My wife and I spent the first half of Saturday walking around downtown DC.  We had been here back in November of last year, but didn’t quite have enough time to see everything. But Saturday morning provided us the perfect time and opportunity to see everything we missed the first time.  It was PERFECT!  And it also was nice that the weather was beautiful. 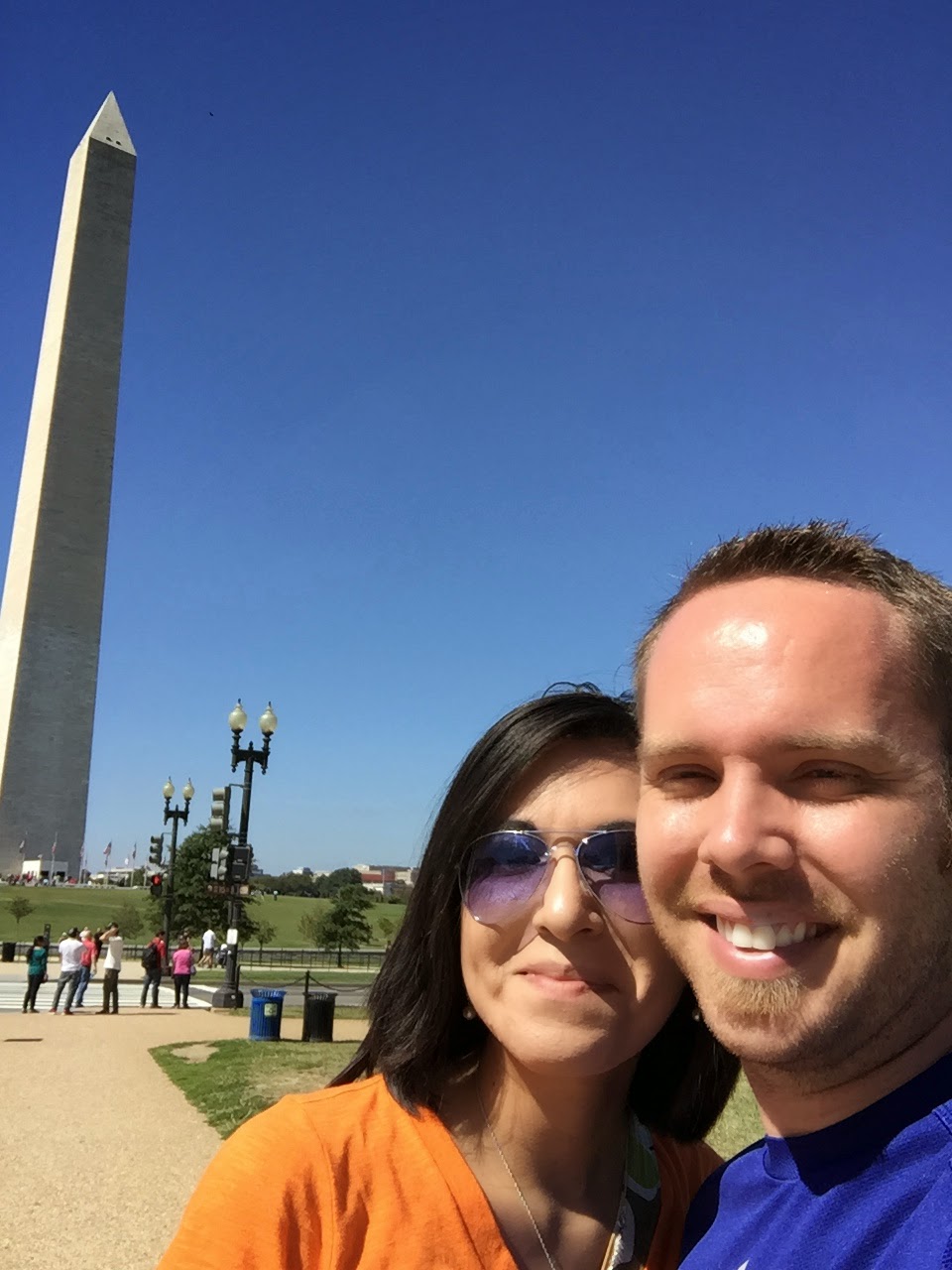 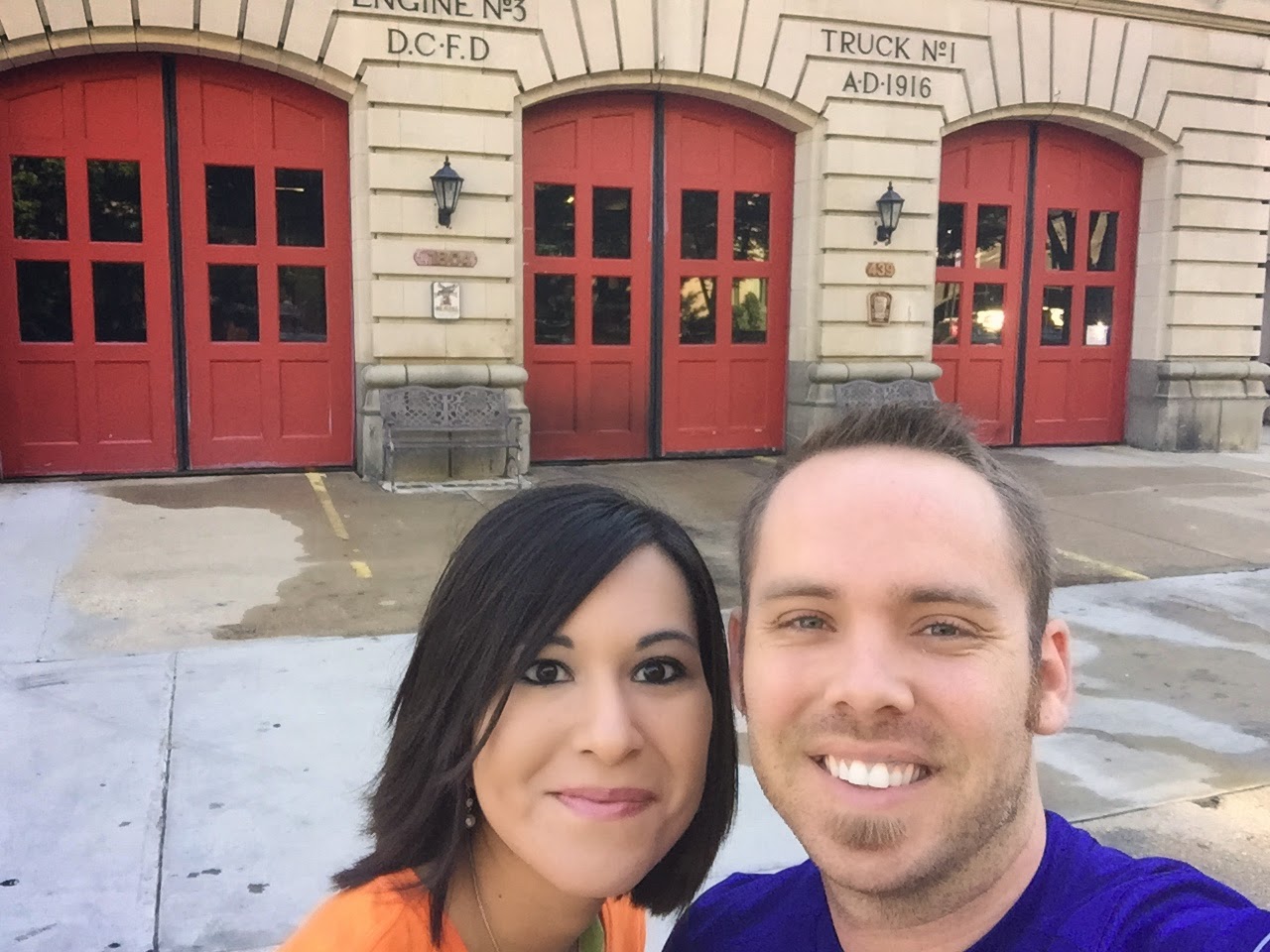 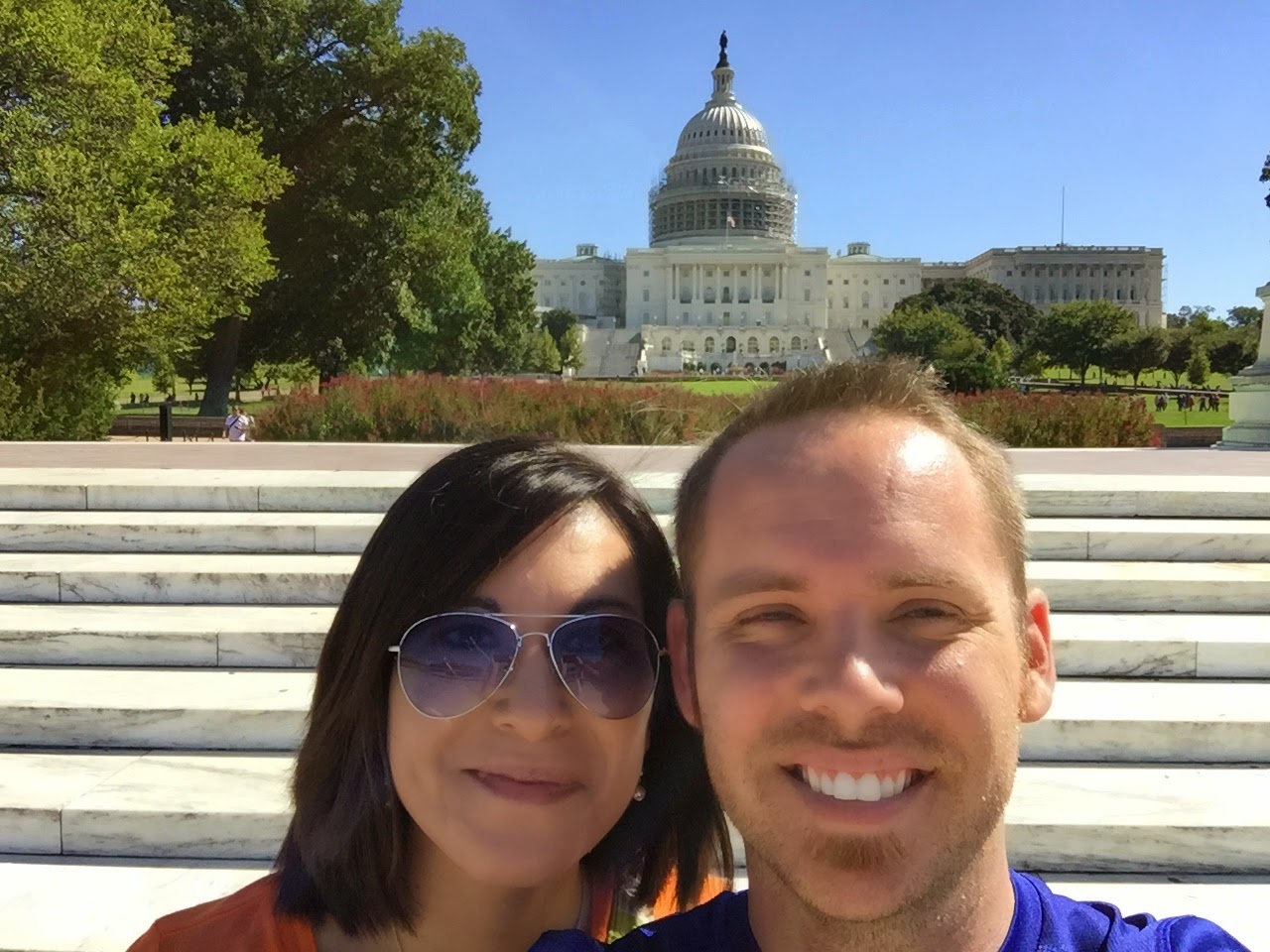 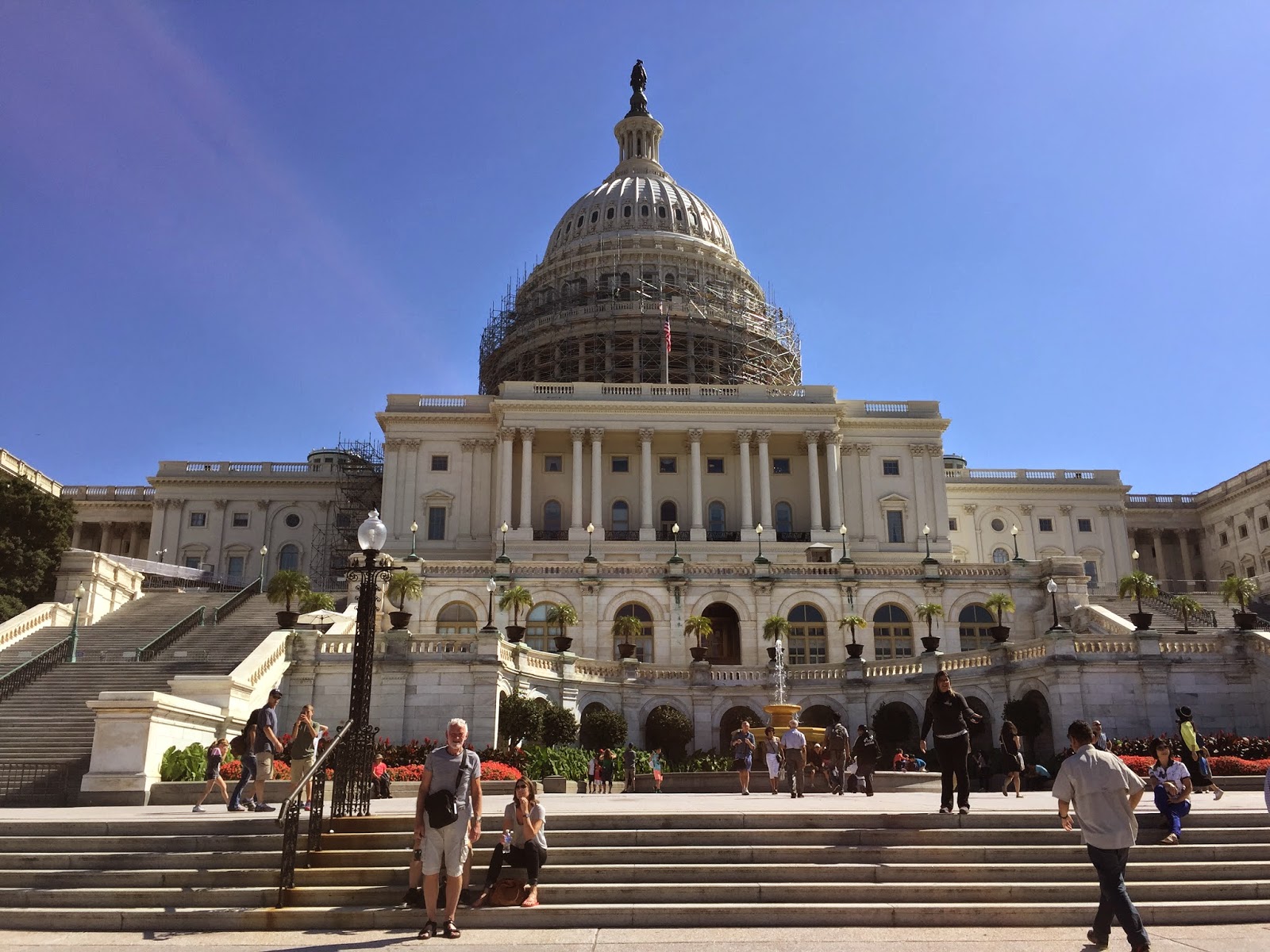 Then we headed back to the hotel to get ready for the Bammys.  I think my wife was most excited at the opportunity to dress really fancy and walk down a red carpet haha. 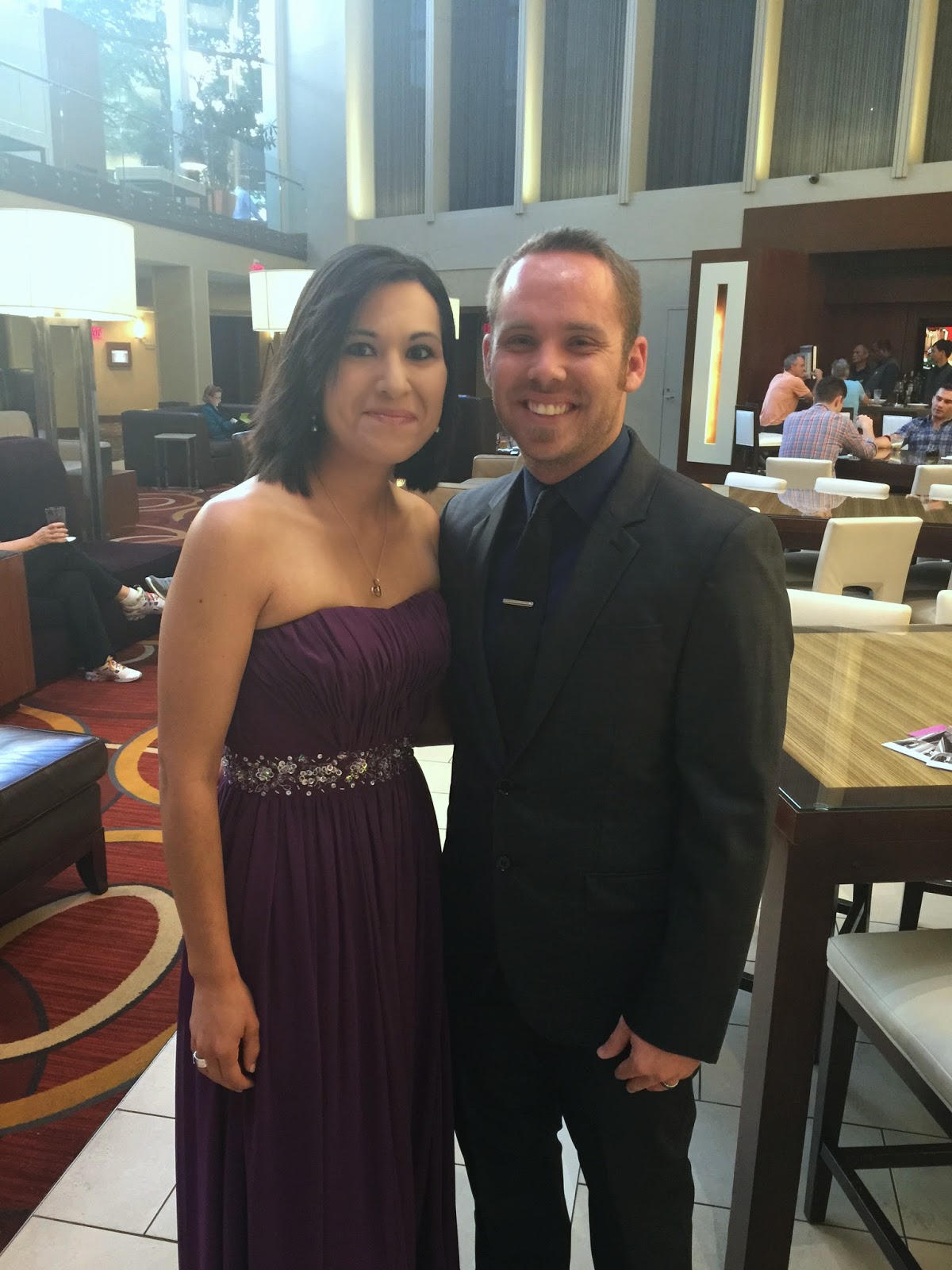 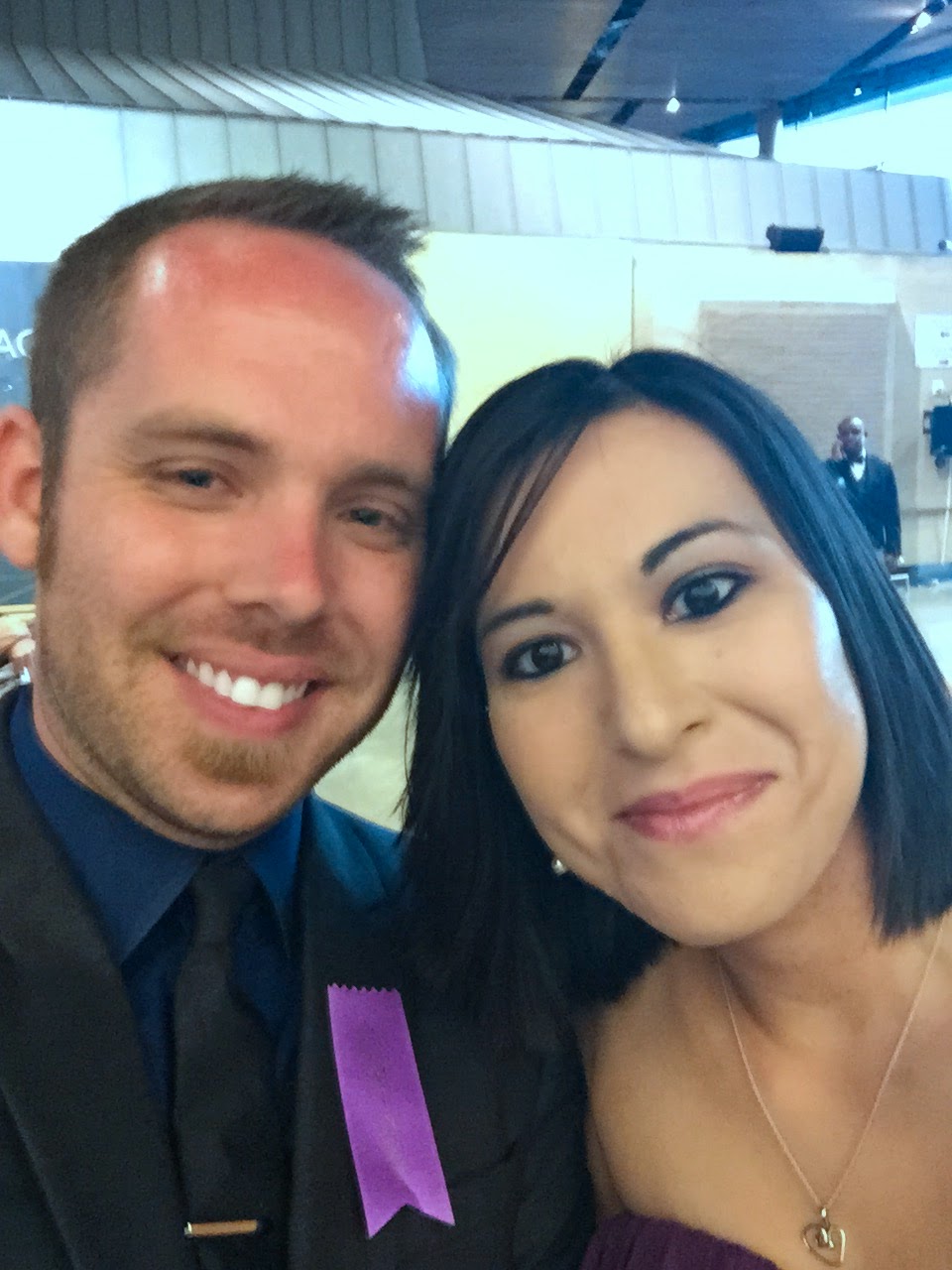 Before we headed out to the Bammys I had the opportunity to sit and talk with Ben Gilpin.  Ben is someone that I talk to on Voxer just about every day.  We’ve got Brad Gustafson in that group too.  But I’ve never had the opportunity to meet Ben face to face.  Getting to meet Ben was a true highlight of my trip.  He inspires me almost every day and yet is never afraid to challenge me either.  He is a great example of what an excellent administrator should look like and the fact that I get to call him my friend is mind blowing.  And what’s even more is that he’s exactly the same in person as he is online.  I only wish I could have sat there with him and picked his brain for hours haha. 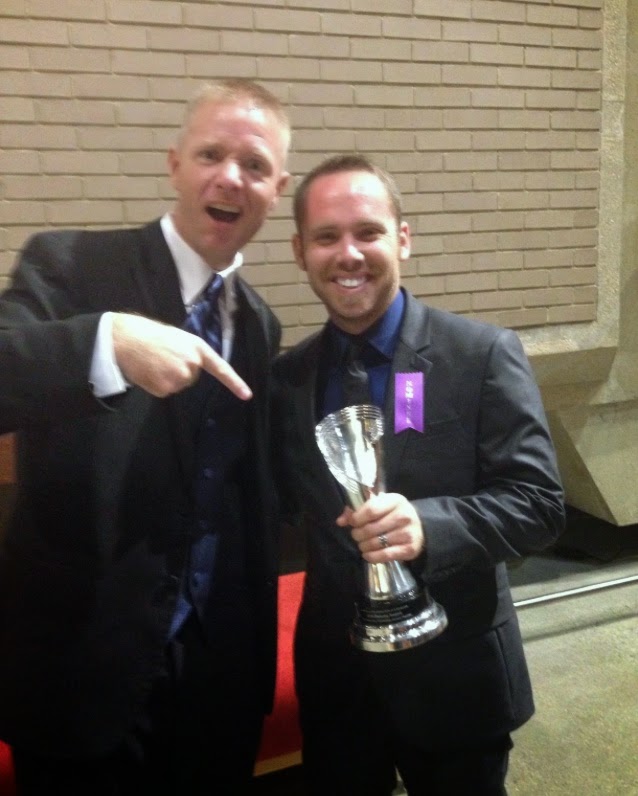 Next Liz and I waited for the Bammy Limo outside the hotel.  I ran into Kenny Bosch and Jason Bretzmann.  I absolutely loved chatting with them as we waited for the limo.  After about 45 minutes, and still no limo, we got an Uber instead and headed over to the Bammys.

Jumping out of the car and onto a red carpet with flashing cameras and a reporter type scene was crazy.  Then we headed inside and I ran right into three of my education heroes; Tony Sinanis, Joe Sanfelippo, and Eric Sheninger.  I’ve met and spent time with Eric on multiple occasions but this was my first time to meet Joe and Tony. Not only are they absolutely hysterical but their also kind, intelligent, and 100% genuine.  I hope that when people meet me, the leave with the same feeling that others have after spending time with Eric, Tony, and Joe.

I also got the honor of finally meeting Salome Thomas-El and Vicki Day! Those are people I have followed for a while and looked up to.  I’m telling you, this entire experience felt like I was getting to meet all my heroes! It was also awesome seeing people like Susan Bearden, Erin Klein, and Tom Murray again, who I love!

I even got to spend some more time with Angela Maiers and Mark Moran.  Two of the people working tirelessly to remind kids that they matter.  I love those two so much. 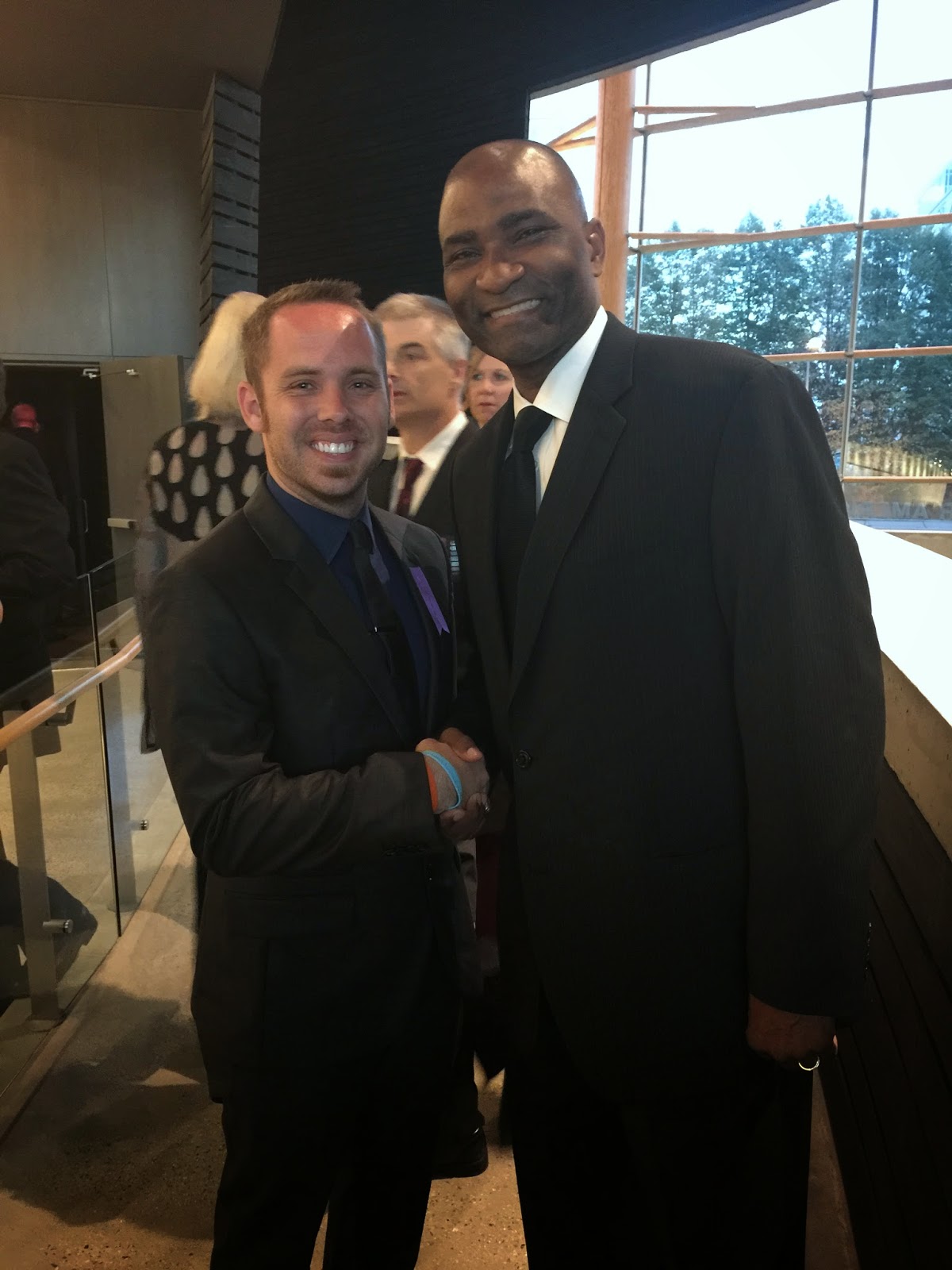 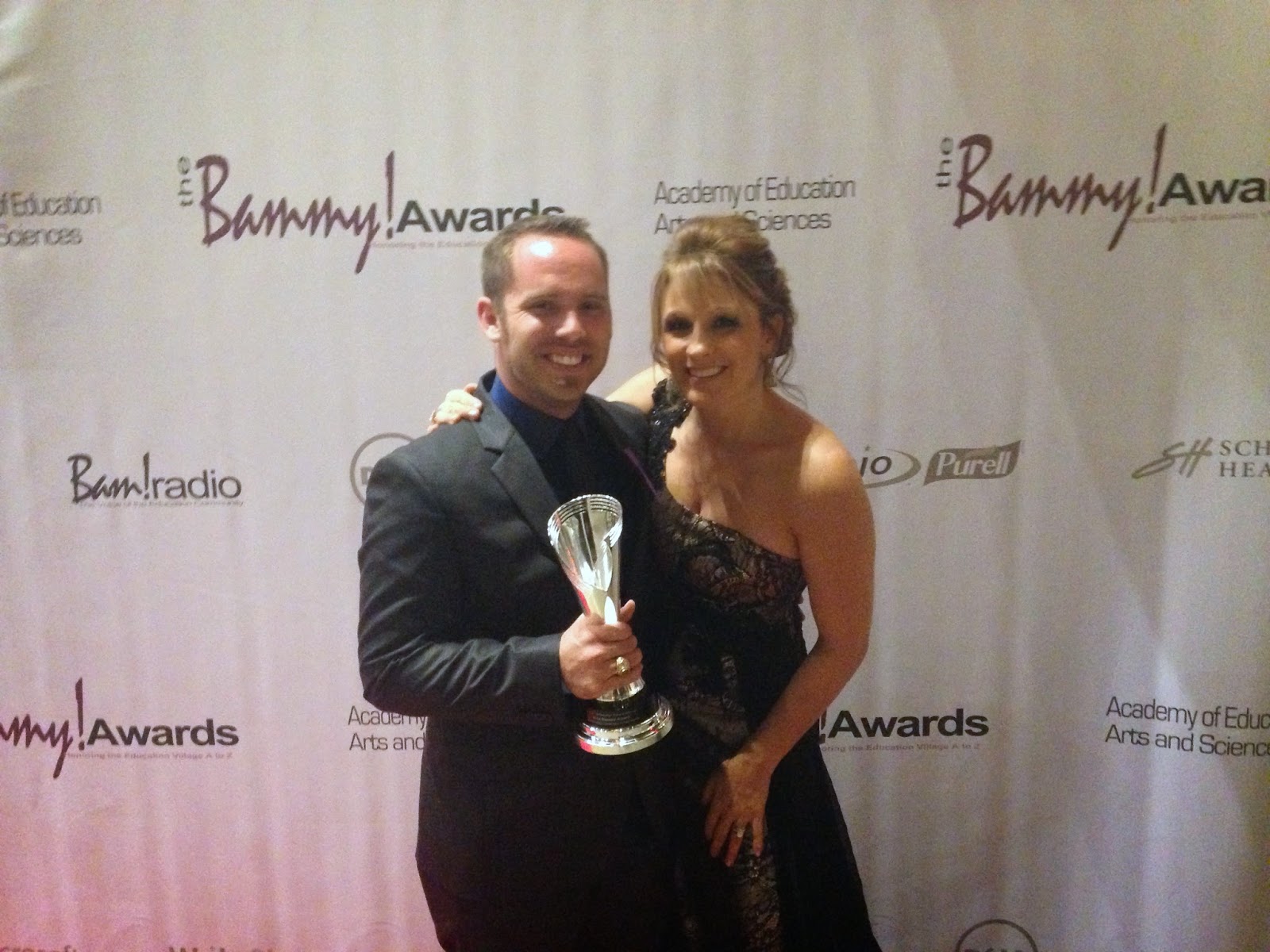 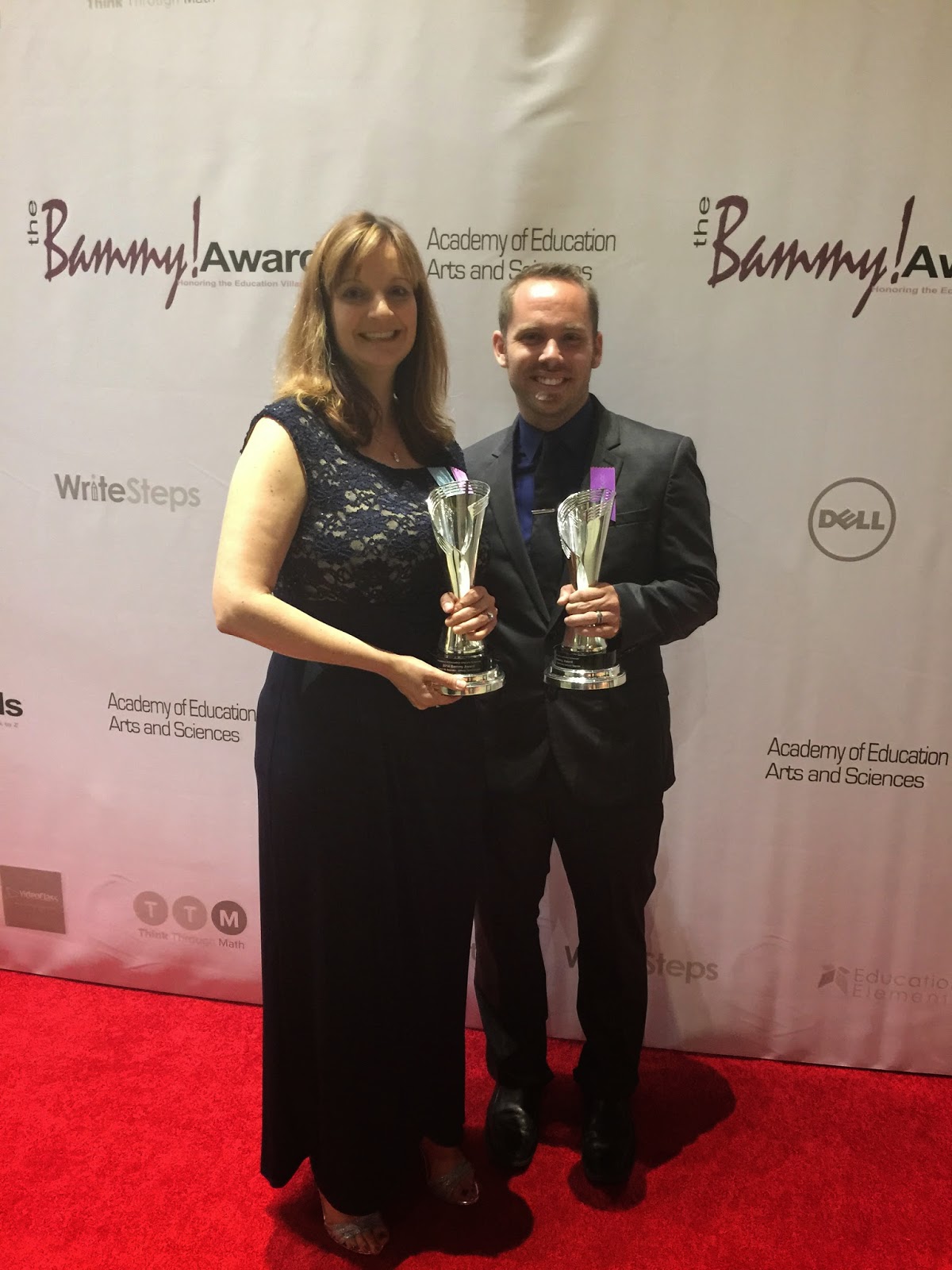 As we headed into our seats we got the honor of listening to the Washington Metropolitan Youth Orchestra who were absolutely incredible!

Then the event started.  Now, I have heard a lot of mixed reactions about the Bammy Awards in the past.  I know there are those who totally disagree with the event and what it stands for.  I’ve heard others talk about all those are AREN’T recognized by the awards that should be.  And they’re totally right.  Teaching is one of those professions that I believe each and every person should get recognized.  From the teachers, to the cafeteria workers, to the bus drivers, everyone.  I wish there was a way for us to give an award to every single person in education.  But for just one night I was thrilled to be able to sit in a room with others who are working to change the face of education and just watch education be celebrated.

And I tried to include my entire PLN in the process.  The wifi went down right before the event started so they couldn’t live stream it like they had hoped!  So I did my best to tweet every award and recipient that took place.  I remember sitting at home last year and following along with the Bammy tweets and cheering as others were celebrated. I didn’t care if I knew them or not!  This was a moment where we got to talk about what was going right in the world of education and where we got to celebrate a few of the great things that were happening.

I know there will still be those who disagree with my statements above and that’s what is great about the country we live in.  That we can have those conflicting ideas and beliefs!  But what I also saw at the Bammys was a respect for the profession not seen many other places. A true respect.

My favorite part of the entire event was watching three students win an award for their work.  I saw Angela Maiers and Mark Morgan give an award to Grace Miner for ‘Student Initiative’.  If you could only hear what this High School Senior has done and plans to do.  WOW!  Talk about inspiring.

Or even Joshua Williams and the work he’s doing with feeding hungry families. And he’s 13!!!!  Let me tell you, meeting with him afterwards and picking his brain, was mind blowing.  This kid is changing lives and impacting so many. I can’t wait to watch what he’s going to do next. 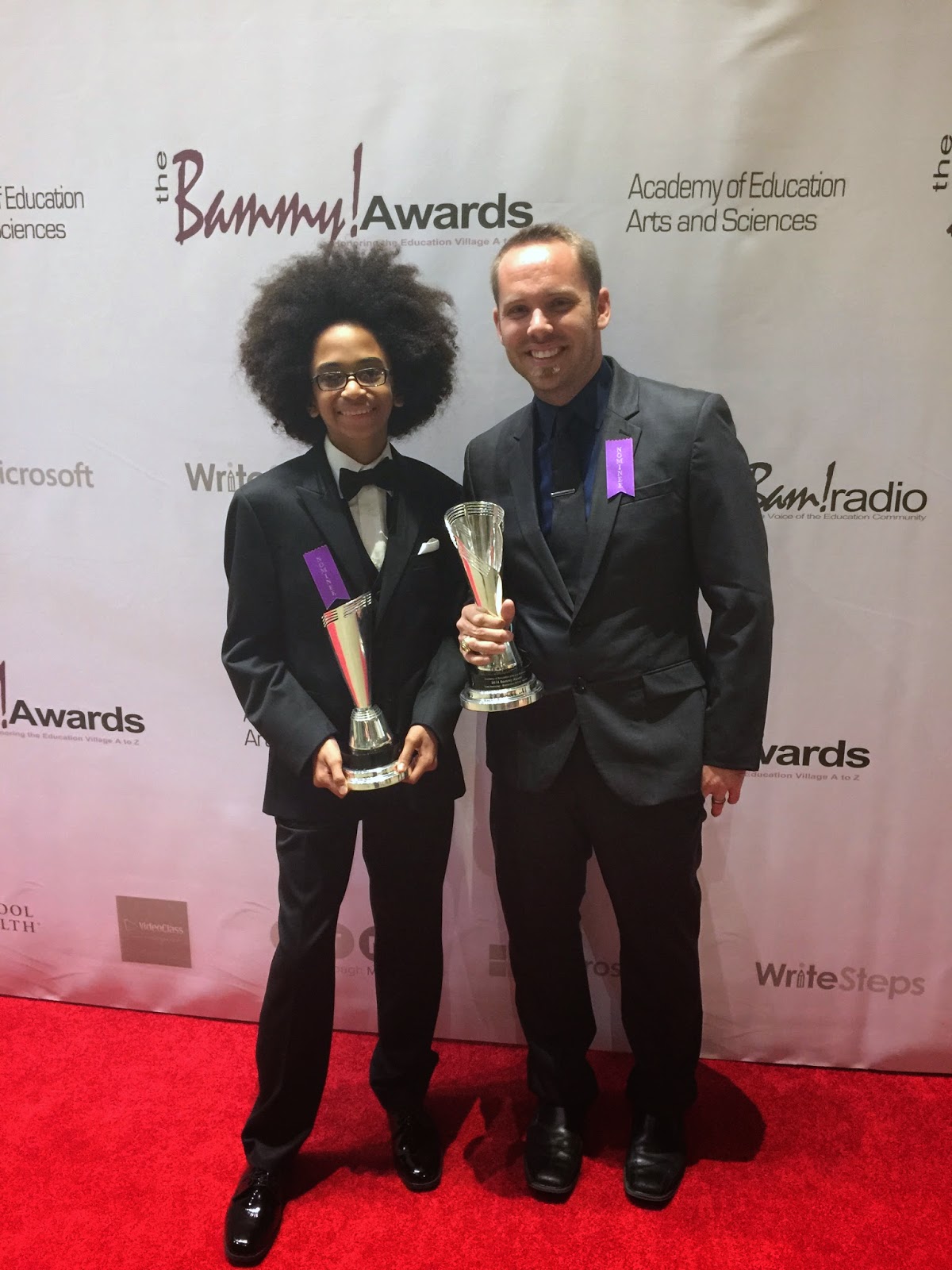 Winning my award was bittersweet.  First off I didn’t think I had a shot at all.  I was up against others who are doing some of the most amazing work I’ve seen.  Others who inspire me on a daily basis and push me to be better.  When they called my name it even took a moment for me to stand up and my wife had to push me.

I wasn’t sure what I was going to say either as I went to the mic because I hadn’t prepared anything thinking I wouldn’t win.

But what I did tell the audience was this….”the award is not for me.  It’s for every single adult and child who’s ever been told they weren’t good enough, they weren’t important, they couldn’t be something.  For every single person who lost their worth along the way.  Don’t give up, dream big, cause you can do and be something”.  Or at least I said something along those lines, my wife said.  It was too surreal for me to remember everything haha 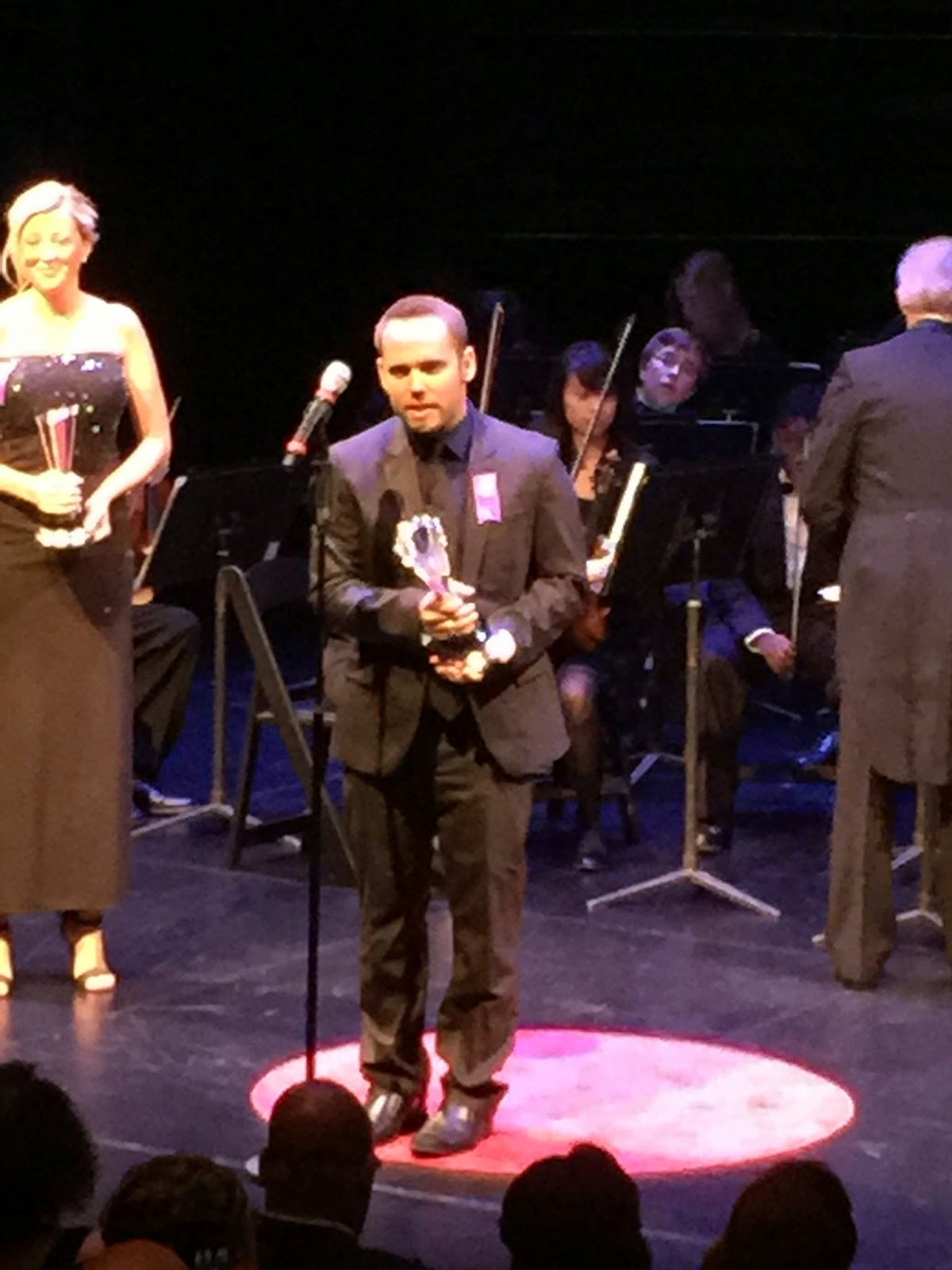 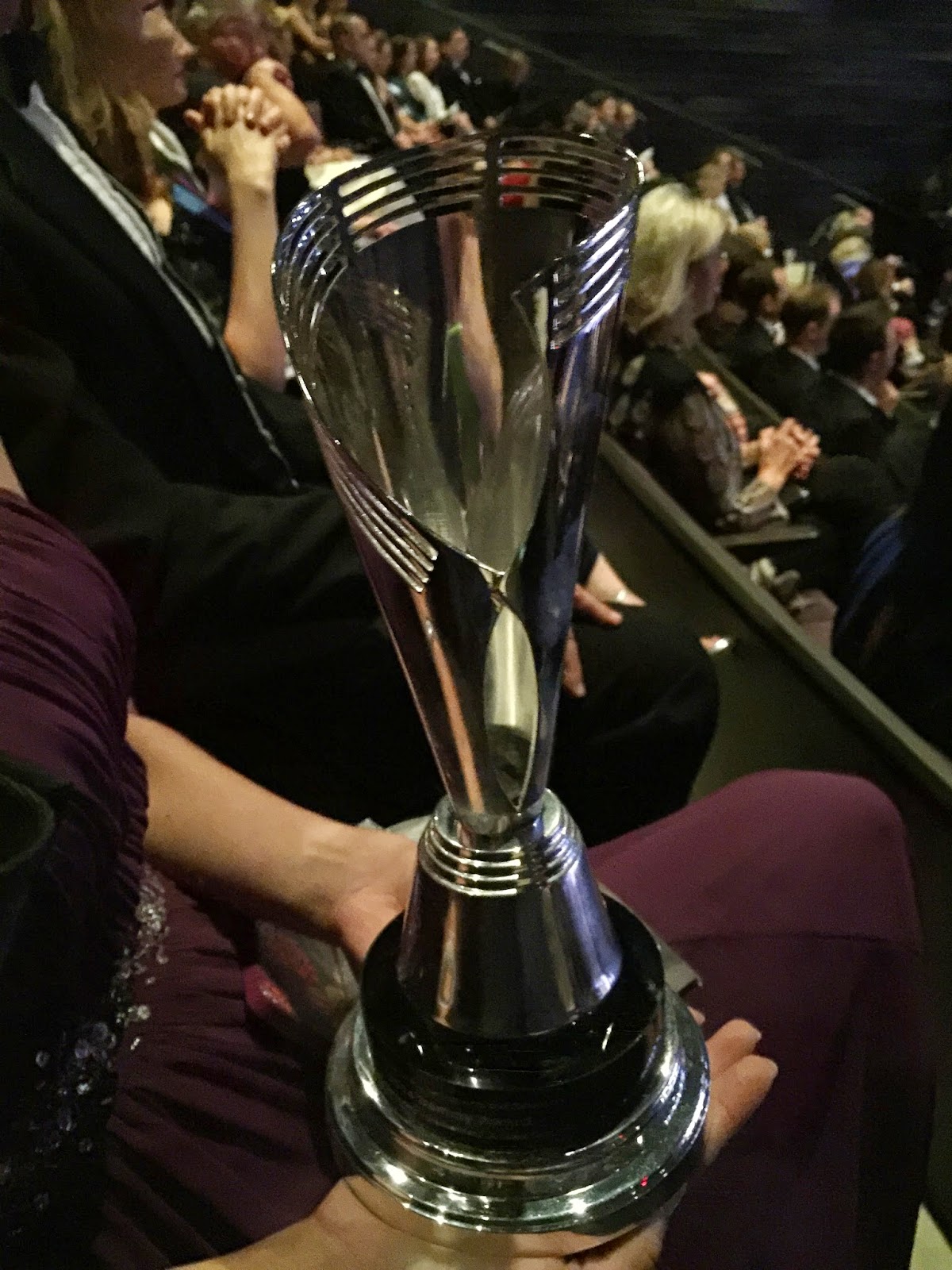 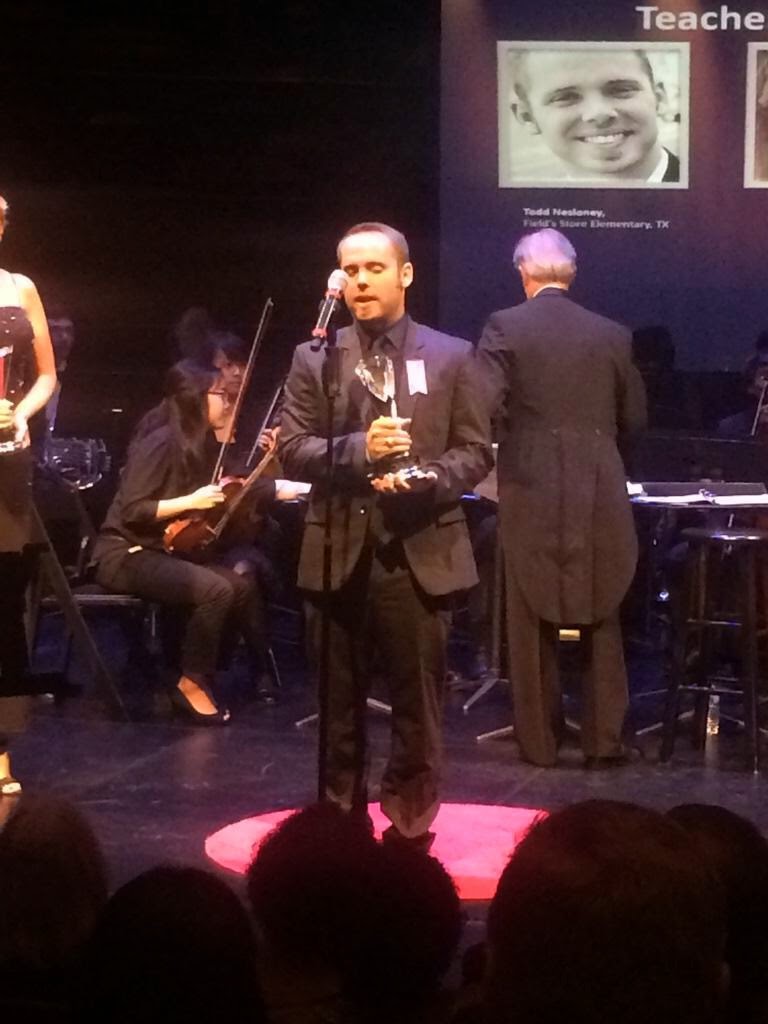 I dedicate the award I was given to every child out there who dreams big.  To my students.  But it also is a direct reflection of those I surround myself with.  I don’t really do anything that great or different than any other person in education.  The people around me are the ones who make me look good. The parents who support me, the kids who work tirelessly along side me, and the other educators who inspire me and push me every day to be my best.  They are the true recipients of the award, because without them and their brilliance, I would not be where I am today.

I look back at this entire experience and it brings me to tears.  I often sit back and think “Why me?”  What am I the one getting recognized? There are so many other, much more talented, hard working people, then I am.  And I just hope that throughout this entire process one kid takes a moment and believes they can be something extraordinary.  Because there was a time when someone believed in me, and it made all the difference.