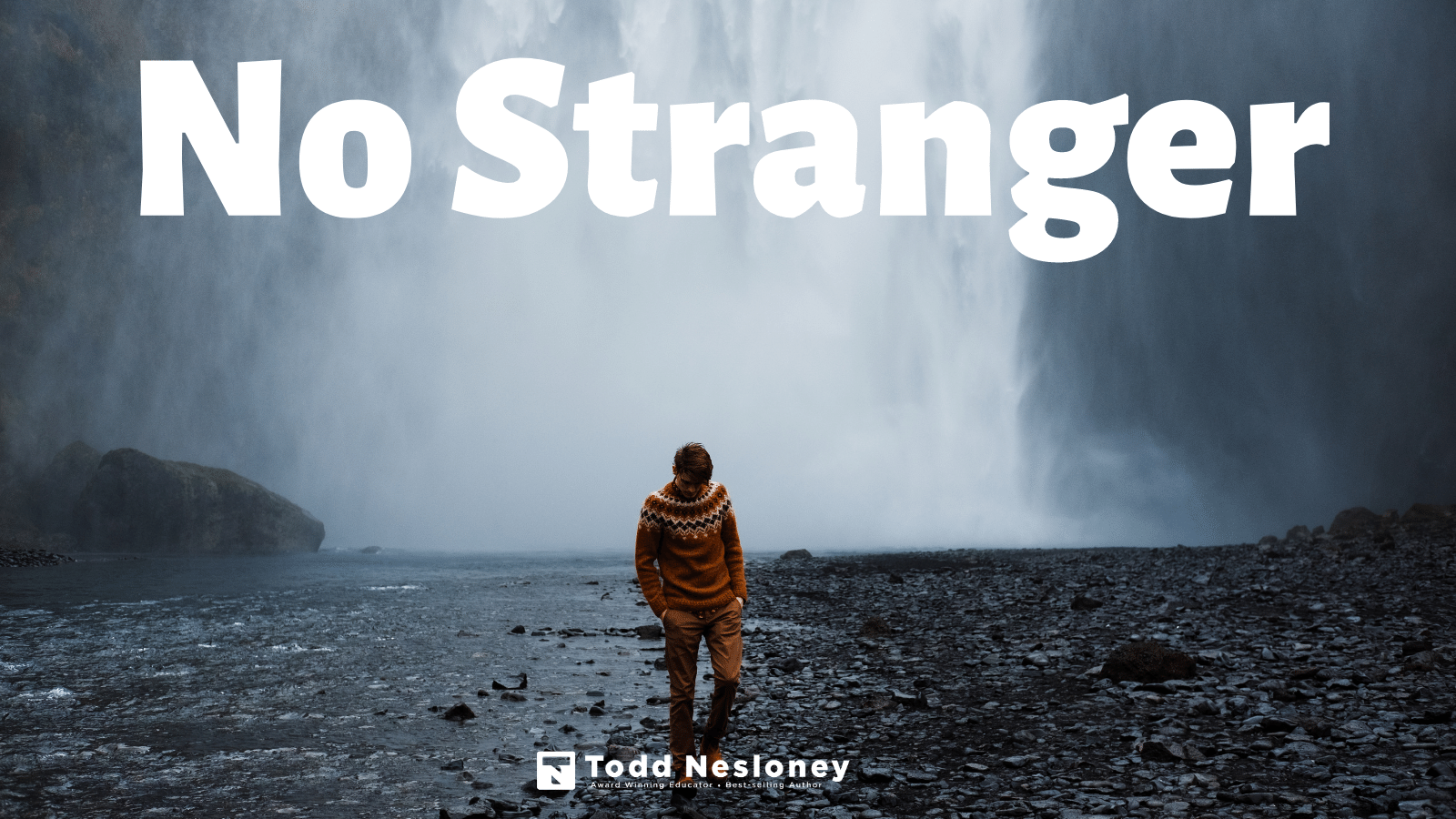 Posted at 15:36h in General by Todd Nesloney
2 Likes
Share

I still remember the first time I was able to meet Natalie Grant. It was a “Brown Bag” concert in Houston, when her first single had just released. Immediately I was drawn into her booming voice, but also the way she drew you in with sharing her heart.

Over the years I’ve been a huge fan. I still remember geeking out when she responded to one of my tweets. Natalie has been a force, not only in Christian music, but in so many areas (including her work with anti-trafficking) over the years. I was especially moved by her as she shared her health battles with the world and almost losing her voice.

Just recently she released her newest album (and first in several years) and there was a song on there that spoke the my heart deeply. That song was called “No Stranger”. It’s probably her most cinematic song she’s ever released. With lyrics like….

“You are no stranger to the scar
So you can have my wounded heart
You weren’t protected from the pain
So you can hold me when I break.

You are no stranger to the storm
You have calmed these winds before
Your voice still whispers, peace, be still
And the waves still do your will”

Those that have been following me for a while know how important my faith is to me. But just because of my faith, it doesn’t mean I always have it together.

The last few years, and 2020 in particular, has near about broken me. I’ve had many days doubting my faith. Wondering what the pain is supposed to be teaching me.

You see, I’ve always been SUPER annoyed when people, though well meaning, would say things like “God has a plan” or “This is preparing you for something greater”. Though I know those statements are true, I’ve never been the person who those comments actually helped.

The tears have flowed freely (and often unexpected) this year. The anxiety has been higher than ever before. The questions have persisted wondering sometimes where God has gone in the midst of the pain and madness.

But when I heard this song for the first time it reminded me. He isn’t “a stranger to the scar”. He has a “love that knows the taste of tears”. He has “calmed these winds before”. For some reason hearing those words calmed me, even if for a moment.

It reminded me that as humans we can get so caught up what we want, how we want it, when we want it. We try to have a plan and when God throws our plan off our preconceived track, we get upset.

But when I think about having a heavenly father who knows my pain. Who holds me even when I don’t feel his arms around me. Who understands loss. Instead of choosing to curl up and give up, I instead am choosing to lean in. As my last post said, I’m choosing to “let the light in”.

He is no stranger to our pain, frustrations, fear, anxiety, brokenness.

As Natalie says when she closes out the song…